When it comes to playing any Bloons TD it can get confusing what Bloons have special defences.

I can’t tell you the amount of times I’ve mistakenly let bloons leak when not paying attention to what round I was currently on and simply just let bloons with special properties pass because I didn’t save enough coins or place a tower preemptively to protect myself from later bloon rounds.

The reality is that players are going to want to start getting used which bloons are released during which rounds, though until then players can effectively protect themselves by gaining knowledge of what towers provide them with defences against particular bloon types, especially those with properties that prevent certain towers from even damaging them.

The following guide will take players through all the bloons that have special properties and the towers players can place in order to combat said bloons.

If players are looking for a more comprehensive guide on the best towers to generally use they should check out my guide on all Monkey Towers here.

Frozen Bloons are impervious to most damage types, though players will be able to damage Frozen Bloons immediately by using a Bomb Shooter.

Players will also be able to damage Frozen Bloons if they have fire damage, energy, plasma or shatter damage.

This means that Wizard Monkeys, some forms of Druids or Heroes like Gwendolyn will deal damage to Frozen Bloons.

Black Bloons have a resistance to explosions making them resistant to incoming damage from all Bomb Shooters, Mortar Monkeys, Monkey Aces with the Exploding Pineapples upgrade and above, Monkey Buccaneer’s with the Cannon Ship upgrade as well as all damage from Striker Jones and Admiral Bricker’s bombs.

Black Bloons should be easy to deal with for most players as players will normally have a Dart Monkey or another form of Primary or Magic Monkey on their map to deal with them, though if playing Military Monkeys Only mode, players should ensure that they have a Sniper Monkey or Heli Pilot to deal with them.

It should be noted that if a tower has multiple types of ammo, such as Darts and Explosives, the Darts will still destroy Black Bloons while the explosives will not be able to.

It should also be noted that if an explosive tower is placed next to a Monkey Village with the Monkey Intelligence Bureau (-/3/-) upgrade, the explosive towers will be able to shred through Black Bloons.

White Bloons can be popped by every Tower that does not try to freeze the bloon.

Camo Bloons cannot be seen by the average tower until they are provided with Camo detection.

The only Tower that initially has Camo detection are Ninja Monkeys.

The following are the Towers that can be upgraded with Camo detection:

Unfortunately there is only one Hero that initially has Camo detection being Ezili, though Obyn Greenfoot can technically use his Brambles at level 3 to capture Camo Bloons.

Heroes that gain Camo detection include:

If players are struggling with Camo bloons, they should look into using Etienne who will provide all towers with camo detection upon reaching level 8.

Dart Monkeys tend to be the cheapest form of Camo Detection and will prove to be extremely useful in game modes like Alternate Bloons as Camo Bloons make an appearance very early on in the rounds.

If players do not have access to Etienne and wish to provide towers with Camo detection, they can use a Monkey Village with the Radar Scanner (-/2/-) upgrade to allow Towers in the area to see Camo Bloons.

Players can also use towers like the Wizard Monkey, Mortar Monkey, Engineer Monkey and Monkey Sub to reveal Camo Bloons using their upgrades or can also place a Spike Factory which will be able to destroy Camo Bloons upon being placed.

The tactic in which players use to deal with Camo Bloons will vary on what map they are playing and what game mode they are playing on as there is no set strategy, though using a Camo revealing tower tends to be a good strategy as it allows players to focus on upgrades that are usually more powerful or damage focussed. 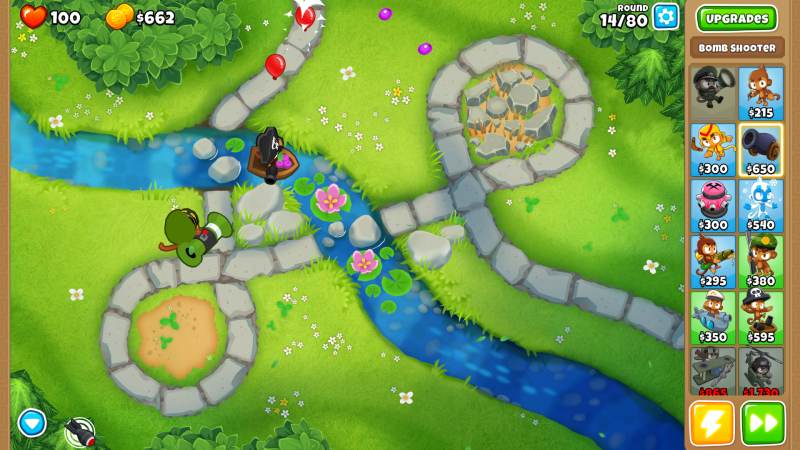 Purple Bloons are immune to Magic/Energy damage, Fire and Plasma Attacks making them immune to the majority of Magic Monkeys.

Players will not be able to affect Purple Bloons with the following towers:

Wizard Monkeys, except for the Necromancer (-/-/4) and Wizard Lord Phoenix (-/5/-) ability, though Shimmer (-/-/3) will still remove Camo properties

Druids with Heart of Thunder (2/-/-) or Ball Lightning (3/-/-), though their thorns will still damage

Adora’s main attacks, except The Long Arm Of Light

Purple Bloons can be quite difficult to deal with when playing Magic Monkeys only and will require a Druid Monkey with thorn attacks or Ninja Monkey to deal with them.

When dealing with Camo Purple Bloons players will want an upgrade Ninja Monkey.

Lead Bloons are also immune to Energy/Magic attacks as well as Ice.

Players will want to use explosive towers or towers with fire damage.

Towers players can use include:

Dart Monkeys with the Juggernaut (4/-/-) upgrade. Players will need need to give these towers Camo detection with Enhanced Eyesight (-/-/2).

Monkey Aces with Bomber Ace (-/3/-), which will also have the Camo detection from the previous upgrades. It should be noted that while Monkey Aces can deal damage to Lead Bloons with the Exploding Pineapple (-/1/-) upgrade, this attack is really ineffective due to its infrequency.

Glue Gunners with Corrosive Glue (2/-/-). Players will need Glue Strike (-/4/-) if they want to deal with Camo Lead Bloons.

Tack Shooters with the Hot Shots (3/-/-) upgrade. Players will require a Monkey Village for Camo detection.

Bomb Shooters, though they will requires a Monkey Village for Camo detection.

Alchemists, though players will need a Monkey Village to pop Camo Lead Bloons.

Heroes that deal with Lead Bloons include:

Quincy beyond level 7, though not reliable

Etienne beyond level 10 with the UCAV ability

Zebra Bloons have immunity to both Freezing and Bombs, making them fairly easy to deal with as players can essentially use any other tower to destroy them.

Ceramic Bloons are extremely powerful bloons that add 10 HP to the bloon.

Players will want to combat Ceramic Bloons with high damage Towers including:

Dart Monkeys with the Juggernaut (4/-/-) upgrade

Heli Pilots with the Downdraft (-/3/-) upgrade 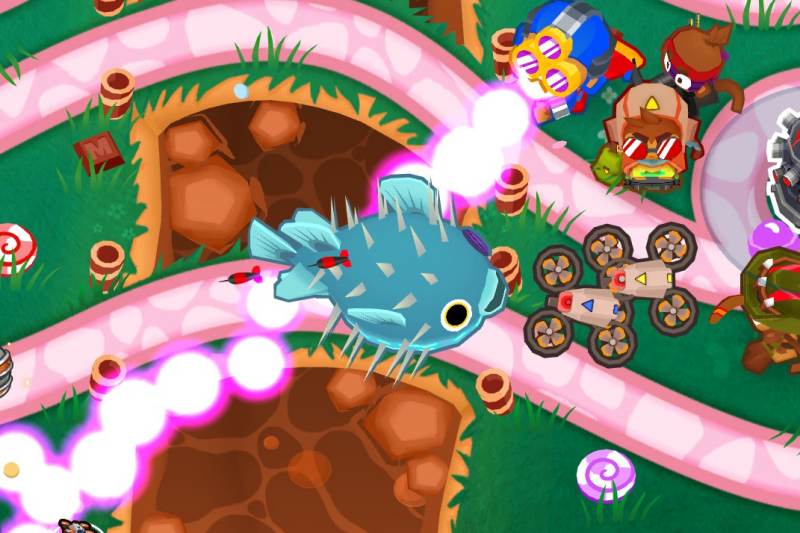 When it comes to dealing with M.O.A.B.S. players are recommended to place Bomb Shooters with the M.O.A.B. Mauler (-/3/-) upgrade or beyond.

If players choose to use Bomb Shooters with the M.O.A.B. Mauler upgrade, it is strongly recommended that players set the Bomb Shooters to the “Strongest” target as this will ensure that they deal the most damage to M.O.A.B.S.

Players can effectively use Monkey Buccaneers with Monkey Pirates (-/4/-) to sweep a single M.O.A.B. from the map.

In the late game it is strongly recommended that players have a Sniper Monkey with the Cripple MOAB (5/-/-) upgrade as this will ensure that multiple M.O.A.B.S. are affected at once.

HOW DO YOU POP BRUTAL FLOATING BEHEMOTHS (B.F.B.S.)?

B.F.B.S. are stronger variants of M.O.A.B.S. and can be treated in a similar manner to M.O.A.B.S. though players may want to have some ways of dealing with crowd control after the B.F.B.S. are destroyed,

Some of the best towers to have on your map include:

By the point of the game where players experience B.F.B.S. players should have a Super Monkey with the Sun Avatar (3/-/-) upgrade, though a lower tier Super Monkey can be used in combination with other higher tier Towers.

HOW DO YOU DEAL WITH ZEPPELINS OF MIGHTY GARGANTUANESS (Z.O.M.G.S.)?

Z.O.M.G.S. are fairly strong M.O.A.B.S. and will require strong towers that deal devastating damage to them, meaning that players will want Bomb Shooters with the MOAB Assassins (-/4/-) upgrade or the MOAB Eliminator (-/5/-) upgrade.

Players may also want to use a Sun Avatar (3/-/-) Super Monkey though a Monkey Sub with First Strike Capability (-/4/-) will be your best bet as it deals a good amount of damage to Z.O.M.G.S. 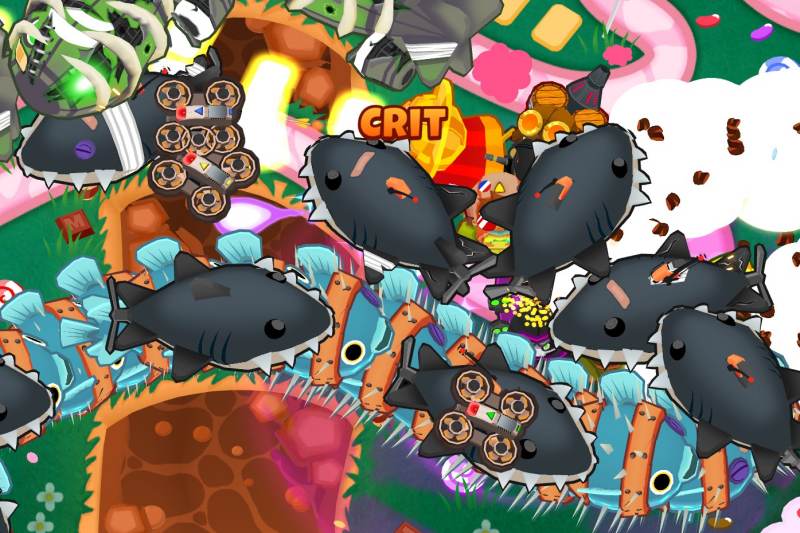 D.D.T.S. are by far my least favourite type of M.O.A.B. to deal with especially because they are like a large Lead Bloon, being immune to sharp projectiles.

The best way to deal with D.D.T.S. is by placing a Monkey Village with Monkey Intelligence Bureau (-/3/-) as it will provide all towers in its radius with the ability to damage any type of Bloons.

Players will want to combat D.D.T.S. with the following towers:

Boomerang Monkeys with Glaive Lord (5/-/-) or MOAB Press (-/-/4) as long as they are provided with Camo detection.

Mortar Monkeys with Blooncineration (-/-/5) which will also reveal D.D.T.S. with Monkey Knowledge.

Spike Factories with White Hot Spikes (2/-/-) especially when used in tandem with MOAB SHREDR (-/3/-) or above.

Heroes that are useful against D.D.T.S. include: 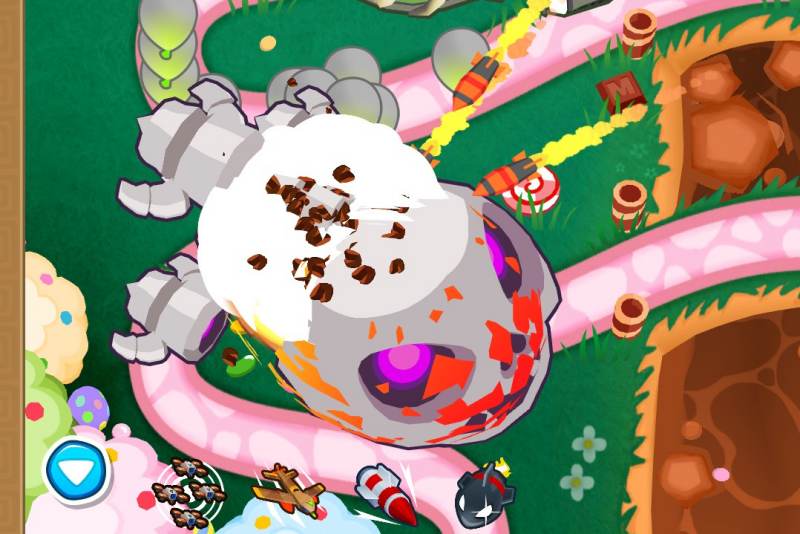 The B.A.D. is the most powerful type of M.O.A.B. class bloon and will be fairly unstoppable without extremely powerful Towers.

At this point of the game most Towers should be at tier 4 if not 5 as they will be the best for dealing with B.A.D.S.

Notable Towers for B.A.D. defences include:

Super Monkeys with Sun Avatar (3/-/-) and above

Heroes that deal with B.A.D.S. fairly well include:

HOW TO POP FORTIFIED BLOONS?

Fortified Bloons are extremely annoying to deal with as they can provide any kind of bloons with extra health.

There are a few Towers that can actually strip Fortified properties including:

Alchemists with Perishing Potions (-/2/-), though not M.O.A.B. class bloons.

Mortar Monkeys with Shattering Shells (-/-/4) or Blooncineration (-/-/5) if players wish to strip D.D.T.S. of their camo properties.

Players can also deal with Fortified Bloons with high damage Towers including:

Sniper Monkeys with Full Metal Jacket (1/-/-) or above

If players want extra defences they can use a Glue Gunner to slow down Fortified Bloons. 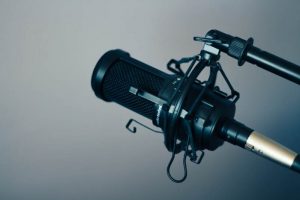 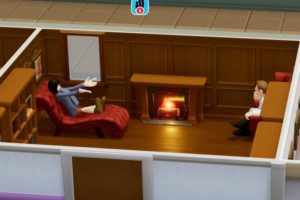 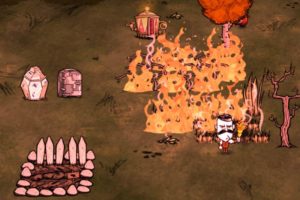