Wortox may even be up as high as Wickerbottom in my books, though I have to admit Wickerbottom still is much more powerful than Wortox.

Unfortunately, Wortox isn’t available to all players and needs to either be purchased in the shop or weaved with 2700 Spools. Though Wortox requires players to reach into their pockets or cough up some Spools, in my opinion, it’s worth it, because Wortox comes in very handy. 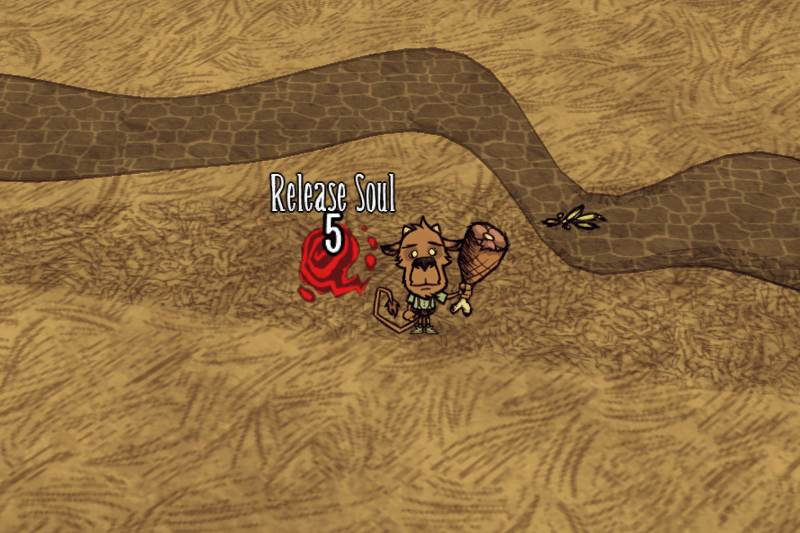 Upon spawning into The Constant Wortox players will receive 6 Souls. Souls are collected in Wortox’s inventory, making it so players have one less inventory slot when playing Wortox.

Wortox is not able to store Souls in Backpacks, Chester and cannot hand Souls to other players.

Souls are spawned when any living creature (that has a “soul”) dies, this includes other players. Wortox must be within 8 units of dropped Souls to collect them. Souls will not spawn from Mobs if Wortox is not within 20 units of them, so makes sure to get your team to let you help out with Mob farms!

The majority of Mobs will drop one soul, though Boss Monsters (such as the Deerclops, Dragonfly, Bee Queen, Toadstool, etc.) can drop up to 8 souls, though some players have reported up to 10. Oddly enough, Webber will drop two souls.

Wortox only receives half the stats that regular foods provide, meaning that many of the best foods for Hunger and Health are pointless to make when playing Wortox.

Instead, Wortox players can eat Souls to get back 18 Hunger for the cost of 5 Sanity. The only downfall to relying on Souls for food, in my opinion, is the Sanity drain. Sanity drain isn’t a big issue, especially if you have a piece of clothing with Sanity gain.

As a trade-off, Wortox players will lose only 50% of the Sanity players usually get from Spiders, Hounds, Tentacles and most Monsters.

When you’re not using Souls to fill your belly, drop a few to heal yourself. Each Soul you release will heal you by 20. If allies are around you they will also get healed by your souls, though the amount Souls heal will decrease to as low as 13 Health when there are 8 players nearby.

Using Souls is one of the most efficient ways players can regain Health especially in Don’t Starve Together. Souls come in especially useful when players are trying to beat the Deerclops in Winter, Moose/Goose in Spring, Antlion in Summer and Bearger in Autumn. Spam as many souls as you need during these battles because you’re going to get a bunch back anyways!

Wortox is unequalled when it comes to “healer classes” in DST and in reality since my partner has started maining him on our server I’ve been rethinking staying as a Wigfrid main. Wortox makes it so players don’t have to worry as much about kiting, letting newer players choose characters that are a bit more challenging to learn.

Hate kiting? You don’t need to anymore! Teleport by right-clicking on the floor as you would with a Lazy Explorer with no Sanity cost.

Players who are familiar with a Mob’s attack cycle may be able to get more hits in by teleporting instead of running. So, while Wortox doesn’t have a damage buff like Wolfgang, he can do more damage than the default character.

Players shouldn’t feel bad about using Souls to get around, especially because they are so easily collected.

Once you get to the Labyrinth, Wortox is God-Mode, being able to teleport and find and kill the Minotaur. Just make sure that you have a good amount of Souls before attempting to rush the Ruins or you may run out before you get where you need to be. Since Clockworks don’t drop Souls, the risk runs fairly high, so head to the Spiders and start smackin’!

WORTOX CAN ONLY HOLD 20 SOULS

All good things must come to an end and for Wortox that means that he can only hold 20 Souls at a time. If players collect more than 20 Souls they will drop half of their Souls, heal immediately healing all players in the area as if Wortox chose to release them.

Wortox will warn players when he has reached 18 Souls. So if you’re getting close make sure you chow down or teleport to drop the number down. 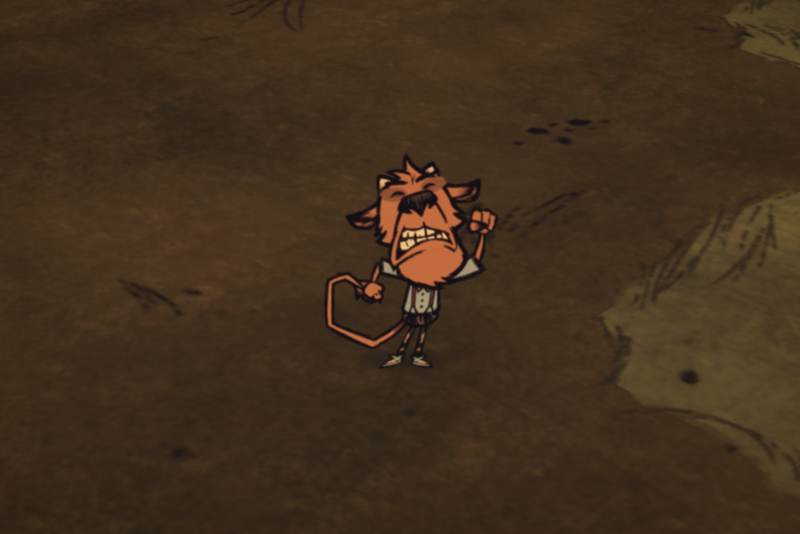 If you’ve already played Webber or Wurt, you already know how annoying it can be to get chased by Mobs that aren’t normally hostile towards you. Well, Wortox has a few enemies of his own including Bunnymen, Catcoons, Spiders and Pigs.

Get yourself a weapon and start smacking because you’re going to get killed otherwise!

Since you can get souls in a variety of ways, you shouldn’t have too much difficulty keeping your Soul count high. If you are noticing you’re always low on Souls, start yourself a Flower farm so you always Butterflies nearby.

Similar to trying to summon Abigail with Wendy, players will benefit from lots of Flowers by their main base. While you’re at it, make some Bee Boxes to get some Honey for your team and souls from the Bees.

Players can also keep Spider Dens close to their bases to quickly farm Spiders for souls. I’d say make Pig Houses as well so you can just collect Souls instead of having to attack, though you might get into a few spats with the Pigs.

WHO TO TEAM WORTOX WITH

Wickerbottom can be extremely beneficial with her Birds of the World book. As Wickerbottom summons birds have Wortox smack the birds before they fly off or use Sleepytime Stories to ensure you get all of the souls.

Because Wortox can basically spam heal, I recommend you pair Wortox up with a Wolfgang or Wigfird. Both have damage multipliers and can stand help burst down bosses quickly.

I can’t believe I’m going to say it, but Wes is a pretty great character to pair Wortox up with since his Balloons drop souls. While I wouldn’t necessarily pick Wes over a more powerful character, it is a pretty interesting power-duo since Wes doesn’t really pair up with anyone else.

If players are looking for more stats from food when it comes to Wortox, they should really feed him Pomegranates or Sliced Pomegranates.

Instead of providing 12.5 Hunger, they will provide Wilson with 13.75 Hunger.

MY FINAL THOUGHTS ON WORTOX

At the end of the day, I think that Wortox is one of the best characters players can have on their team. He doesn’t provide characters with much utility, but he can really help beginners push through content.

I can see myself playing a lot of Wortox whenever I’m playing with new friends who I have to teach mechanics to.

Wortox is also just fun to play by yourself because you have a lot more sustainability than you do with other characters in DST. Really, I think that he’s an important addition to the roster of characters. 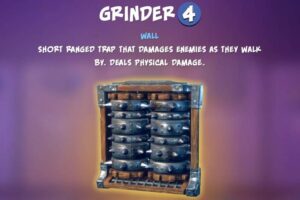 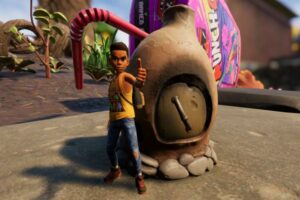