One of my favourite things to do in Genshin Impact is to find the various puzzles across the map and complete my world exploration completely.

While I have to admit that there are a number of puzzles that players will not have to think twice about when it comes to completing, there are a few that require some extra patience or trial and error in order to complete, the “Time and Wind” quest being one of them in my opinion.

The Time and Wind puzzle is not a quest that appears for players immediately and is not a puzzle that players will be able to find unless they are aware of it’s location, being an unmarked island and requiring a lot of World Exploration to locate on it’s own.

I will say I have found myself on this unmarked Island multiple times due to the fact that I have a 97% completed Exploration progress of Starfell Valley and due to my completionist nature I had to locate where the final percentages of exploration were located or I wasn’t getting my job done.

The following guide will take you though everything you need to know about the Time and the Wind quest, how to locate it and complete it. 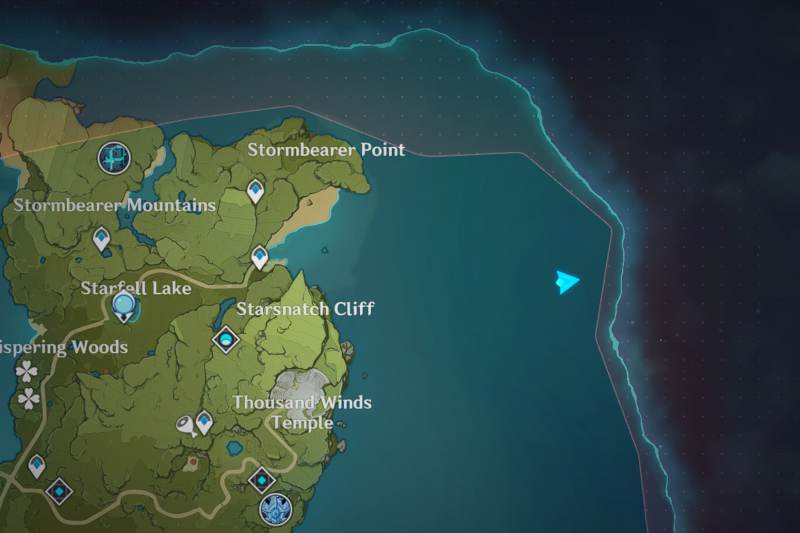 WHERE IS THE TIME AND WIND QUEST?

The Time and Wind Quest is located on an unmarked Island to the East of Starsnatch Cliff.

The marking is shown in the screenshot above, however, in order to get there players will either need to upgrade both forms of the Statues of the Seven in order to use Amber to fly there, due to her passive that reduces stamina consumption when gliding, or will have to use Northern Smoked Chicken or other stamina boosting foods in order to actually make it.

Essentially players can use other Cryo characters to cross the water, though some will prove to be more difficult than others simply due to the length of their cooldown or due to the fact that their abilities will expire before they get to the other side.

That is why I personally waited until I had enough stamina to use Amber to get across the water as this is the easiest way to actually reach this Island, this being said from someone who drowned even mixing Qiqi and Kaeya abilities as as soon as you are in the water you are doomed and will drown as you cannot cast any abilities without standing on land or ice. 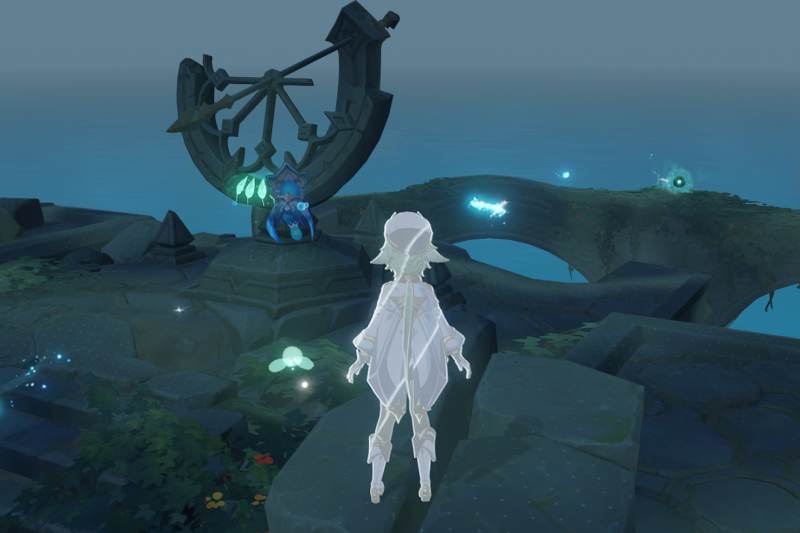 HOW TO COMPLETE THE TIME AND WIND QUEST

Once players have reached the Island they will locate a broken Sundial which will activate the Time and Wind quest.

This will unlock the quest “Uncover the secret of the uninhabited island” with the information “You reach an uninhabited island across the sea, which is home to an enigmatic sundial. Who knows what secret it holds?”

Players must then head directly to the right of this area where they can locate a rock they can break that is right next to a shovel, break this to reveal a Ragged Notebook.

Pick up the Ragged Notebook and read it in order to reveal the next quest “Observe the shadow on the sundial.”

Players will now have to change the time to 2 AM in order to locate a Wind Cluster.

Be aware that in front of the the first Wind Cluster you locate there will be a Ruin Guard which means that you may have to reset the time a few times before you actually complete this part.

Players will have until 5 AM for the Wind Cluster to be visible, however, as mentioned they can reset the time as often as they need without resetting progress.

To locate the Wind Cluster players will be able to use their Elemental Sight.

In order to activate the Wind Cluster players will have to use an Anemo Character to blow it away.

Locating the first Wind Cluster will then prompt players to locate 3 others, again players will have to complete this task between the hours of 2 AM and 5 AM.

After players locate all three Wind Clusters they will spawn an Eye of the Storm in the center that players must kill.

In order to spawn the Eye of the Storm, players will have to stand in the center and use an Anemo character to activate the altar.

If players die during this battle they will be able to come back to this location with the Eye of the Storm still spawned, so don’t feel like you have to use your Anemo character in battle, especially if it is unlevelled like mine was.

I would strongly recommend that before this battle players locate all of the hidden chests in this area as there are many buried on the island.

Here in the new location players will be able to locate Henry Morton who will state that there are no signs of an Eye of the Storm, they will also be locate his Thick Notebook in his campsite.

This sill initiate another part of the puzzle that requires players to locate three Wind Clusters by the second sundial.

Use an Anemo character to advance this part of the challenge.

Remember you will need to do this during 2 AM and 5 AM again.

Players will again need to use their Elemental Sight in order to locate the Wind Clusters, activating a harder battle than before as this time the Eye of the Storm will spawn in enemies to help carry it.

Once this battle is over you can speak to Henry Morton again to complete the quest. 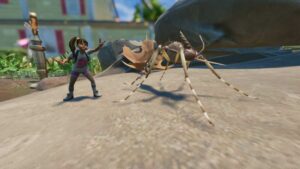 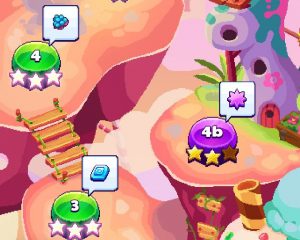 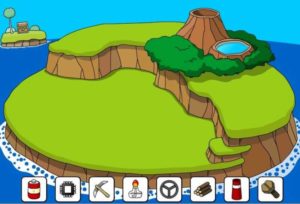