When it comes to choosing what game to add to your roster it can feel a bit frustrating as you’re not going to know exactly what it is you’re going to enjoy.

While you can watch players complete first-time play-throughs on YouTube or Twitch, it can still feel a bit difficult to ensure that you’re going to enjoy a game, especially when a game requires a player to put a bit of themselves into it.

I have to say that over my year of streaming and years of writing guides, I have been recommended games that my community thought I would enjoy based on games that I have already played, but they haven’t always been big hits for me.

The reality is, even if games are similar, there are going to be slight nuances that will either make a game more enjoyable or less enjoyable for players. Not every building game is going to play the same and not every farming simulator is going to be as enjoyable. So, today I thought I would cover the biggest differences between My Time at Portia and Stardew Valley in hopes of better equipping you with the knowledge to make a purchase you will enjoy.

Are you looking for cheaper versions of My Time at Portia or Stadew Valley? Check CDKeys for the lowest price:

My Time at Portia (Steam)

SIMILARITIES BETWEEN MY TIME AT PORTIA AND STARDEW VALLEY

My Time at Portia and Stardew Valley are both RPG Simulator Games, though while both classify as Farming Simulators, they both play extremely differently.

Some things that the games share are the following:

Players will need to upgrade their Farm or Workshop to advance the story and collect better resources.

Players will need to advance the story to reveal more areas of the map as not all areas are accessible at first.

In both games, players will be able to choose different paths to progress (ie. hidden skills). While My Time at Portia will allow players to access all the skills in the game over time, Stardew Valley will require players to specialize in their skills, requiring them to choose between two skill lines for each type of skill, though these can be changed by paying currency.

Both games are endless and can be played at the speed the player wants to complete things. Players will have to go through all four seasons in both games, though even after completing “the main story,” players can continue to expand their farm/workshop.

Both games are going to require players to collect a variety of resources, such as lumber, stone, rare gems, fish, etc.

Both games can be modded to add extra gameplay. 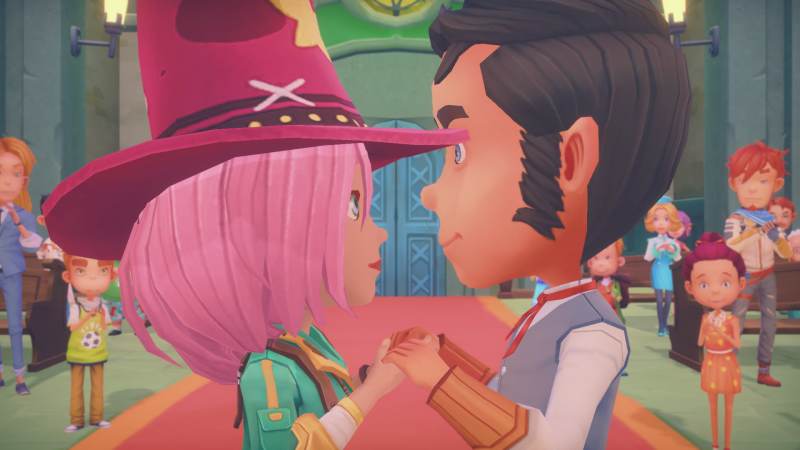 MY TIME AT PORTIA

I personally enjoyed My Time at Portia much more than I enjoyed Stardew Valley.

My Time at Portia, firstly, is a 3D game, which I am more used to. Not only that, I like the fact that the majority of the game is voiced by actors, as sometimes my dyslexia gets ahold of me while playing a game and I get headaches or just can’t focus anymore.

The unfortunate reality of My Time at Portia is the fact that not absolutely everything is voiced and much like other endless games, you get into loops where the story doesn’t move forward and players are repeating themselves over and over again, making it a bit slow to start off with, especially if you do not know how to progress the story fast enough.

For players who don’t mind this or are used to video games where there is a lot of repeated text, I’m sure you won’t mind, especially because once you get a hang of things, you can really push the story forward.

One of the main downfalls of My Time at Portia is that it is only a single-player game. While I didn’t mind that, being that My Time at Portia became a leisure game for my introvert soul, it is always nice when a player can play a game both in single and multiplayer.

To be honest, given the pace of the game, I couldn’t see this game being a multiplayer game as it is quite easy to progress through the main story and collect all the resources you need rather quickly.

I would say that the biggest talking point of My Time at Portia is the variety in content. While you are still required to collect your basic resources, you will get into combat situations more often than in Stardew Valley. A good portion of the combat is in the main area of the game, as mobs hang out in clumps, but players will also be able to travel into dungeons if they can’t get enough of the combat elements of the game.

In my opinion, My Time at Portia feels easier as a game, as there aren’t too many resources and elements that a player has to keep track of, though due to this it also becomes more of a waiting game than anything else.

When it comes to using mods, My Time at Portia, players are looking at some ease of access mods that will allow them to fight more mobs or have access to duplicate missions or just change the amount or rewards players receive from Missions.

Admittedly, there isn’t a whole lot of modding a player can do for a game like this, making the replayability aspect a bit less possible, but the first or second run of the game feels great, which I can promise.

My Time at Portia is relatively linear and there’s no real way to avoid or skip parts of the story. Due to this, players will be forced to complete almost all tasks regularly (unless they hire NPCs to do the jobs for them). Though this is the case with My Time at Portia, I personally vibed with its tasks a lot more than I vibed with Stardew Valley. 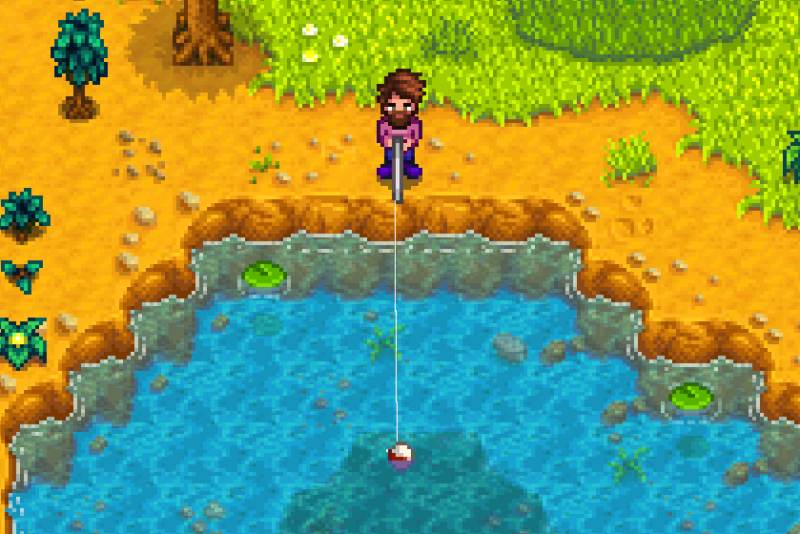 Stardew Valley is truly a full video game that has received many updates and continues to see growth over the years.

I have to admit that I wasn’t a huge fan of Stardew Valley, being ranked fairly low on my “Top Games I Played in 2021” but it wasn’t because I thought the game wasn’t well made, it was the fact that I got tired and bored while playing Stardew Valley.

Stardew Valley is a better-made game, in my opinion, having a lot more aspects than My Time at Portia, it just feels very overwhelming and too slow for me, especially if I’m playing solo versus multiplayer.

Stardew Valley was made with a community in mind, allowing players to support a maximum of 4 players without mods, though being able to support an indefinite amount of players if players use mods.

Speaking of mods, Stardew Valley has a plethora of them. Not only will it give players access to the console and the base game items, but Stardew mods can completely redesign the games or even act like DLCs.

For this alone, I strongly recommend Stardew Valley as it has a great deal of replayability and should for years to come as the Stardew community (both the modding and player) is massive.

As a whole, Stardew Valley has a long story and is expecting to see many more updates, being more similar to “Minecraft.” Essentially, players will find themselves restarting time and time again because they want to design something different or have learned enough about the game to make it more pleasurable to them.

The main reason I found Stardew very boring was the fact that I didn’t find it to be engaging. While yes, designing my farm was cute and had me invested for a while, realistically I simply got bored of the fighting in the game as it felt a bit… underwhelming.

While mobs do indeed get harder for players to beat, I have to say that I still didn’t find the combat in Stardew Valley engaging enough to continue doing it.

Now, don’t let that deter you from the game, as I recognize that for me I’m looking for something more specific as one of my favourite games is Don’t Starve Together and while fighting in that game is pretty simple, there’s a lot of kiting that a player will be required to complete which makes it much more interesting for me.

There is admittedly some kiting that takes place in Stardew Valley, though I have to still say it wasn’t enough for me, especially in the earlier game.

For me, Stardew was much more calming than My Time at Portia and is more focused on the farming aspect of the game. Essentially, players could avoid the more combat-oriented aspects of the game until they could purchase Weapons that were overpowered, making enemies relatively easy to nuke. While this is a player’s choice, the slow farming aspect doesn’t really vibe with my playstyle especially because I’m not very into patiently waiting for things to grow mechanic.

Stardew Valley allows a player to complete anything that they want to do as while there are a variety of tasks to complete, a player can pick and choose if they want to invest in them. Though, I have to say that all players will be forced to farm. So, if you’re not invested in farming, I’d avoid this game altogether.

While I didn’t get too far into the story of Stardew Valley, as I simply couldn’t handle the game after a few months of streaming it, I was able to note that the characters had a lot more depth in Stardew Valley. While for me, in farming kinds of games, I’m not the biggest fan of stories, I recognize that many players will be.

There are a few core factors I would use to weigh out your decision.

First, are you looking for a game to simply complete and enjoy for at least 40-50 hours or are you looking for something that you can replay time and time again? My Time at Portia has limited replayability in my opinion but is truly a joy to get through, while Stardew can be repeated for a very long time.

If you’re looking for a game that feels much more complete, you’re looking at Stardew Valley rather than My Time at Portia which has very indie vibes to it.

If you’re not willing to wait for a slow build to the juicy bits, I strongly recommend My Time at Portia over Stardew Valley.

If you’re looking to build and want customization, Stardew Valley is for you as there’s not much in My Time at Portia.

As I said before, as much as Stardew Valley on paper is the better game, I have to hands down say that I enjoyed My Time at Portia much more. I do have to say, I’m not looking for games to get lost in and stay invested in at this point and am simply looking for a game that I enjoy and then move on from, so this is a massive factor for me.

Replayability isn’t overly important to me, so if I can get into the meat and potatoes of a game early on, I’m very happy.

Realistically both games can’t be compared very far, as to me they’re very different, but the biggest stand-out points are as mentioned “do you want to relax” or “do you want to be forced to engage?”

But I’m curious, for those of you who used this post to purchase one of the games, what did you think of it? Have you played both, which did you prefer and why? Let me know in the comments below! 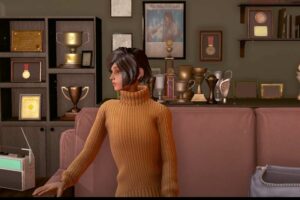 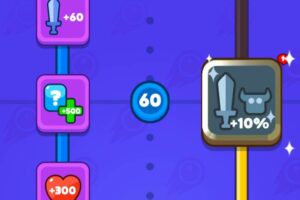 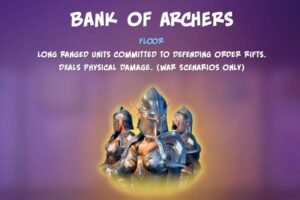