When it comes to playing Bloons TD 6, I have to admit that Magic Monkeys are actually my favourite form on Monkey. I guess it comes from my obsession with playing a caster in most video games, such as FFXIV or even in my current playthrough of Elden Ring on Twitch.

While most players find the game modes that require you to use specific types of monkeys very limiting, I have to say that they are some of the most enjoyable for me as they help me create a strategy and think outside of the box when the time comes for C.H.I.M.P.S.

Truthfully, the most enjoyable element of BTD6 is the fact that maps are so different, requiring you to always think about which Towers are best for the elements on the map. Are Bomb Shooters better because there are a bunch of crossroads? Are Dart Monkeys best because there are long paths? Do you need a lot of burst damage, range or vision from Magic Monkeys?

Realistically most maps are able to be completed with any type of monkey, allowing for many strategies, though some types of monkeys or strategies will make it easier for players to guarantee a win.

The following guide will take you through everything you need to know when trying to complete Scrapyard in the Magic Only game mode. I personally played with no Monkey Knowledge in hopes of preparing for C.H.I.M.P.S. and making it more accessible to newer players, though if you are playing with Monkey Knowledge, this may be quite a bit easier for you to complete.

BEST HEROES FOR THE MAGIC ONLY SCRAPYARD

While players are able to use any of the Heroes in the Scrapyard, due to the number of places players can place Towers. I honestly like to use Obyn Greenfoot for the boost that he gives Druids.

Though Druids aren’t a crowd favourite, they are quite strong, especially when put in groups, so if you’re someone who doesn’t use them often I would strongly recommend trying them out on a Magic Only map as you’re kind of forced to use them if you want quick and cheap damage.

In regards to other Heroes you can use, I would recommend Adora, Geraldo, Benjamin, Ezili, Sauda, Psi or Etienne.

Choosing a Hero is going to depend on what your preferences are for play style, though I have to admit that you are going to be more limited in what kind of builds you have access to when you’re in the Magic Only game mode.

MY SOLUTION FOR COMPLETING MAGIC ONLY SCRAPYARD

As this is a Magic Only game mode and I took in Obyn Greenfoot, I wasn’t able to place him immediately. As I try to hammer down, it’s very important to place your Hero as soon as possible as this will ensure that it has time to organically level up without the need to manually pay for upgrades.

For me, I started with placing a Ninja Monkey at the top of the first loop. While this isn’t the best placement, the best being in the top left corner due to the multiple lanes that pass there, my hope was to make this Ninja Monkey a 4-X-2 Ninja Monkey.  The placement of this Ninja Monkey is pretty ideal, though players should note that without Monkey Knowledge this will allow a bloon to leak early.

Next, I place Obyn Greenfoot. His placement should be at the crossroads of the first loop as it will allow you to place a few Druid Monkeys around him to gain some extra piece. Players can also place Obyn at the second loop that bloons visit as they wrap around this area 3 times. I truly think that this is a better placement for Obyn and the Druids as it will allow you to place more Druids, though I’m not the biggest fan of having Towers begin that far on a map. I do need to get over that hiccup as it is a great strategy, which is why I tell you, so you don’t make my mistakes

I place a Druid directly on top of Obyn Greenfoot in hopes of making it an X-2-4 Druid, for better popping speeds. Players will want to try to get 5 Druids near each other to maximize the damage they can deal, though in this area it will not be possible. This further supports my comment to place Obyn at the second loop instead.

As players are going to be missing out on the juicy funds provided by Banana Farms, players can choose to place an X-2-4 Alchemist in order to get some extra Coins. I strongly recommend this strategy in any Magic Only gameplay as this will allow you to get to Round 100 or higher easily due to the sheer amount of Towers you will be able to buy with it.

Next, I place another Druid Monkey directly below Obyn Greenfoot with the plan of making it another X-2-4 Druid. You can also place a Druid on the carte to the right of Obyn Greenfoot at any time.

The Towershere should be able to easily take you through Round 40.

When you have a chance I would put a Wizard Monkey on the track. I misplaced mine, placing it too close to the bottom track, though a better placement would be around the blue car to the left. This will ensure that bloons are popped earlier, though thinking about it, doing so may reduce the amount of coin you get from the Alchemist. Admittedly, the placement of the Necromancer isn’t the worst as it can help you catch any bloons that may leak. If you’re hoping to push to Round 100, you’re going to want the higher placement of the Necromancer.

The next Monkey to come into play is another Ninja Monkey as you will be upgrading it to 2-X-4, allowing you to ensure the destruction of MOABs.

If you simply want some safety, you can place a Super Monkey up at the beginning of the track in the first loop. Upgrade this Super Monkey to 2-X-3 to secure all MOAB takedowns. Ensure that it is on “strong” as the Druid Monkeys should be able to take care of the rest of the bloons.

When you have enough Coins, I would place an Alchemist with a 3-X-1 upgrade between the Druid and the Ninja Monkey just to get an extra boost in damage.

Because I had extra Coins, I placed a final Super Monkey on the second loop just for safety when bloons leak. I tend to use a 2-3-X for this. 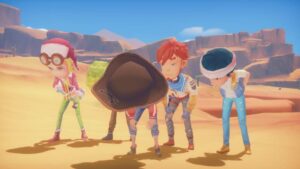 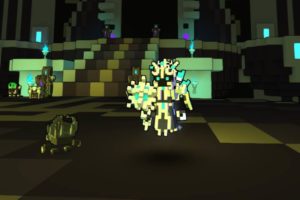 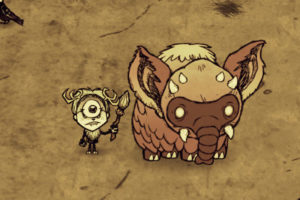