At this point, it should be very clear that I have an addiction to Punball and seriously cannot stop playing the game. I have to say, other than playing Puzzles and Dragons for months if not years straight, I haven’t enjoyed a game this much.

As much as I enjoyed my time playing Puzzles and Dragons, there’s a charm to Punball that cannot be beaten. I think the other thing that keeps me in Punball is the massive amount of customization from Gear, Pets, Artifacts and Skills.

Although players are offered a great deal of customization in Punball from all of these factors, the reality is that these are not really the factors that will carry a player to the end game and really it’s the Talents that players can obtain by levelling up and trading in Coins + Talent Stones to aquire.

Though levelling up will immediately allow players to purchase new Talents with Coins on the left-hand side of the Talent Tree, the right-hand side is where all the best upgrades are requiring players to farm to obtain very rare Talent Stones to actually utilize them.

Many of these Talents include things like Critical Damage, Critical Chance and defensive skills such as Dodges, so it would be in a player’s best interest to farm up Talent Stones as soon as possible.

The unfortunate reality of Talent Stones is that they are not easy to come by and a player will often be leaps ahead on their left-hand side of the Talent Tree before being able to substantially fill the right-hand side. Now, though this is true, players should be happy to know that there are actually some pretty effective ways of ensuring that you are regularly farming Talent Stones, though even with that, there is quite a bit of RNG involved.

The following guide will take you through everything you need to know when trying to farm Talent Stones and will hopefully make it so you can farm about 2-3 a day or about 14-21 a week: 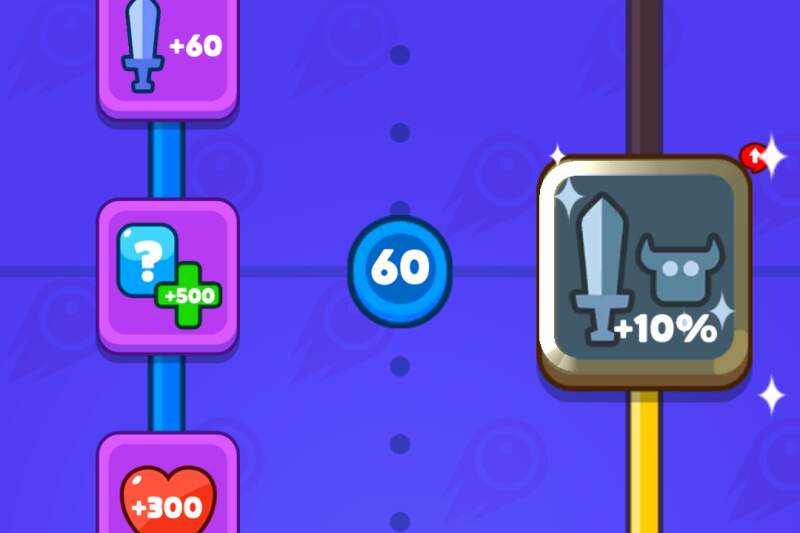 Completing new Stages in Punball can be difficult and sometimes even feel exhausting, especially if you’re newer to the game or are having a rough time with the RNG gods.

Essentially if players are able to complete new Stages all the way through they will be able to get two chests for 40-round maps and three chests for 60-round maps.

Now, not all of these chests will have Talent Stones, however, many do, so if you want to get more Talent Stones try to prioritize completing new content to speedily get Talent Stones.

Now, I have to warn you. You’re going to want to find a balance between completing new content and repeating old stages. The main reason I say this is that your daily Events will be tied to how many stages you complete and not your actual player level. So, if you progress too quickly, you will not be able to complete daily Events smoothly, however, when you complete new content, not only will you get chests for completing stages, but stages will have better loot for you to pick up.

The way I think about it is, if I can’t complete a Stage easily, I go back to the last 60-Round Stage to keep farming. This typically makes it so I can always complete my daily Events as this is the best way to farm out resources like Coins and Scrolls.

I must say, it’s really upsetting when you can’t complete Events, especially because players are going to need a good amount of Scrolls and Coins in the late-game to help them become more powerful. In my opinion, the rewards from Events are much more important than the RNG loot from progressing through the Stages, especially if you can do the weekly Challenge Event.

When I first started playing Punball I initially didn’t think that there would be a big need to farm out previously beaten content. I don’t know why I didn’t think about this as I’ve played many gatcha games and am definitely not a stranger to games that require you to farm resources.

Now, Punball is your typical Gatcha game, so whenever you’re working on farming out resources, expect a long grind that will require a number of completed Stages a day.

Unfortunately, for many players, this isn’t very realistic as most players who casually play Punball will only have a few hours to play it at maximum, which is usually just the dailies, but depending on what content you’re completing, this may actually be enough.

When completing old content it’s going to be important that you focus on only grinding out 60-Round Stages. The reason players will want to focus on 60-Round Stages is that they all have two Bosses in them, which guarantee decent loot. Now, there is still a good amount of RNG involved in Boss Drops, though players can expect Gear, Coins, Amethyst, Scrolls, Pets or on rare occasions they will get the ever-needed Talent Stones.

Players report only receiving a maximum of 2 Talent Stones this way per day, though it is unclear whether this is based on an actual cap or is based on their time playing the game. Even if the cap is 2 a day, then you’re expecting at least 14 Talent Stones a week, which is nothing to scoff at. Even in the later Stages this can mean getting a new higher-Talent every month or so, without including the other methods I will be mentioning.

I urge players not to farm 40-Round Stages as it will cut your chances in half to get good rewards and in the long run if you only run 40-Rounds you will get less loot simply due to the multiplier players can receive if they watch an ad after each Stage.

Now, if you’re a player who doesn’t have enough time to regularly grind the game, I would recommend grinding a Stage that is lower than your highest levelled Stage and preferably one within 15 Stages of where you are.

I would strongly recommend against grinding out very low content, even if you don’t have a whole lot of time as Talent Stones will not be available for very low levels, though you can always check the drops that may occur using the info button on each stage. Always make sure you check for the ones with Talent Stones.

The Trial Tower is one of the best ways to get any resources in all of Punball and is actually the main priority for players. I would strongly recommend checking out my guide for the whole of the Trial Tower, but all you really need to know is you can grab 3 of these a week.

Although players are going to want to save their Trial Coins for better equipment, due to the rarity of Talent Stones and the inexpensive cost of the Talent Stones, players will not want to miss out on a week.

MAKE SURE YOU COMPLETE SPECIAL EVENTS

The Special Events in Punball are going to be a player’s main focus for various resources. Players will want to make sure that they purchase a piece of Gear and then will want to use the remainder of their event currency on Talent Stones.

I would strongly recommend avoiding any other purchases as they aren’t really worth it, but always pick up a Relic Gear or if there’s the chance to get a good Pet… the Pet!

Even if you’re a casual player, I would say you have a really good chance at getting all of it completed. On average it takes me about 3 days to complete all the non-timed tasks, but I’m a clear addict who plays video games for a living! 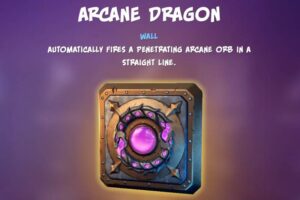 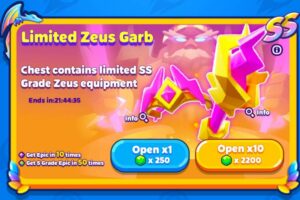 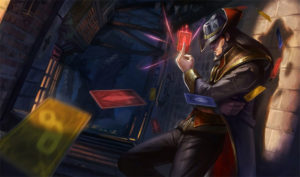