If there’s one thing that the majority of my friends know about me, it’s the fact that I’m a weirdo who feels the very unnecessary urge to complete all achievements for any game on Steam.

While I often avoid satisfying this urge when streaming on Twitch, simply due to the time it takes to grind out achievements, however, I do tend to go back into a game to finish off the achievements.

Although there are a great deal of Achievements in Grounded which the player will simply complete by playing the game and trying to finish off the quests that BURG.L provides for you, there are a number of hidden achievements that aren’t directly co-related to gameplay and feel slightly less straight forward that players may want to unlock.

Currently there are 28 Achievements that players will be able to unlock, though with the current never ending development that Grounded is seeing, we can expect this list to continue growing.

The following guide will take you through all the achievements players can currently hunt for in Grounded and how to acquire them. While not necessary, it’s always nice to see a 100% complete on your Steam or XBox Library, especially if you are a completionist as I am. 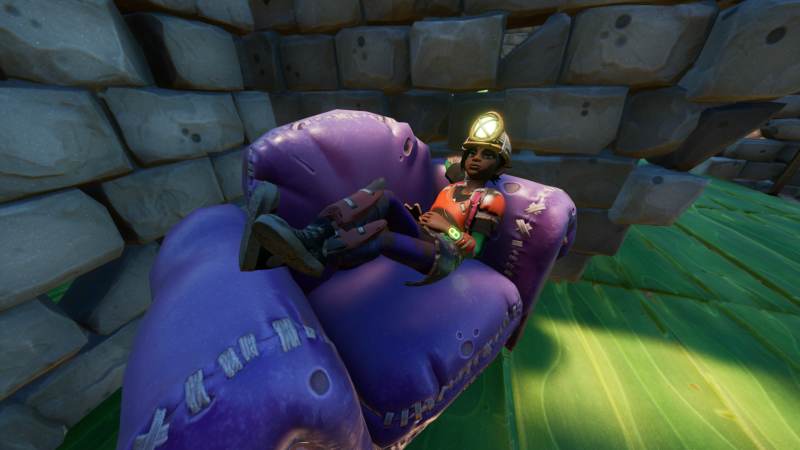 As is with most games, Grounded is going to have a good portion of of Achievements that are visible to players as soon as they purchase the game.

Many of these Achievements are very straight forward and will unlock simply by playing the game, however, some will require players to specifically attempt them.

None of the Achievements on this list are “outright-spoilers” as they will appear in your Steam account, however, if you’re specifically looking for a few I would recommend using the search function to avoid spoilers.

Aim Small tests a player’s skill with Crossbows and Bows, requiring players to shoot a Bee, Firefly, Gnat, Infected Gnat, Meaty Gnat or Mosquito from 30 cms and killing it.

Admittedly,  this can be a bit difficult for players to complete, especially if a mob has a high amount of health as a mob will inevitably end up chasing the player, closing in the gap fairly quickly.

If players are in a multi-player party, I strongly recommend allowing one player tank the flying mob and have the other team member run a decent distance to finish off the mob.

That being said, players will be able to complete this Achievement fairly easily if they are fighting a small mob with an enhanced Weapon, just note these mobs tend to be a lot smaller, requiring better aim.

Beefing Up is extremely  easy to complete and will honestly happen for most players without thinking about it.

Essentially players will have to craft their first Tier 3 item, whether it’s a Food, Weapon or Tool.

Note, the Achievement will not be unlocked if players find a Tier 3 Weapon or Tool, but only if they craft it.

Block Buster is one of the hardest achievements for players to unlock in my opinion as it will require players to perform 10 perfect blocks in a row, meaning that players will have to be up against a tough or tanky mob without getting this.

I honestly have no advice for this, because I’m so shiat at Perfect Blocks and it’s still an achievement I’m striving to get. *cough* pro gamer.

Exoskeleton will be unlocked for most players without trying, though admittedly not everyone plays Grounded in the way that will unlock it.

Essentially players will have to wear 3 pieces from any tier 2 Armour set, meaning all Armour pieces need to match.

Admittedly, it’s really important for players to align their Armour Sets as a full set of the same Armour will always provide players with a passive boost, though not all sets are made equal. 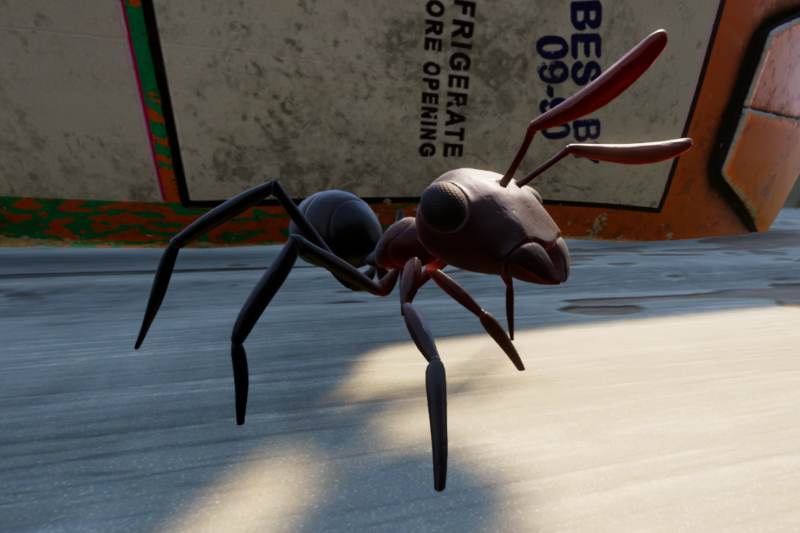 Face Your Fears is an Achievement that I’m actually very proud of as it requires players to defeat a Wolf Spider, which is one of the hardest, if not the hardest mob in the game.

So time to face your fears and… hopefully in the future kill 5 Wolf Spiders so you get the Mutation.

Fine Dining is an extremely easy achievement to unlock and will happen for all players with no questions asked.

Players will need to cook any raw meat on the Roasting Spit, most frequently being an Aphid or a Weevil.

Roasting Spits are by far one of the easiest ways to make food, so if you’re thinking about avoiding them.. don’t.

Flavorful is quite a lengthy quest for players as it will require players to locate 10 SCA.B Flavor Schemes. While I would say that players will locate a decent amount of SCA.B Flavor Schemes without looking to hard, collecting all 10 may need a guide for many players as they are not always the most obvious.

I will say, we ran into a number of instances where we found the SCA.B colour scheme in an area we had been in multiple times weeks later.

Fortified is an achievement I smiled when I got as it gets to the heart of any builder. Players will have to place their first structure that is made with a Mushroom Brick.

Players will only need to place a single one of these pieces, meaning that this often mistakenly happens for players.

Friends in Low Places is the cutest achievement and requires players to tame an Aphid or Weevil to make it their Pet.

While Pets aren’t the most helpful little buggers and are admittedly pretty buggy, they are some of the sweetest creatures to have around.

Players will need Mushroom Slurry or Plant Slurry to tame pets, though I will probably write a longer guide about them in the near future.

Players must first construct a Basketball Hoop and then must throw any item into it from at least 40cm away. I would strongly recommend that players use a Pebblet for this task, however if a player iis skilled enough, any resource, Weapon or Tool will do. 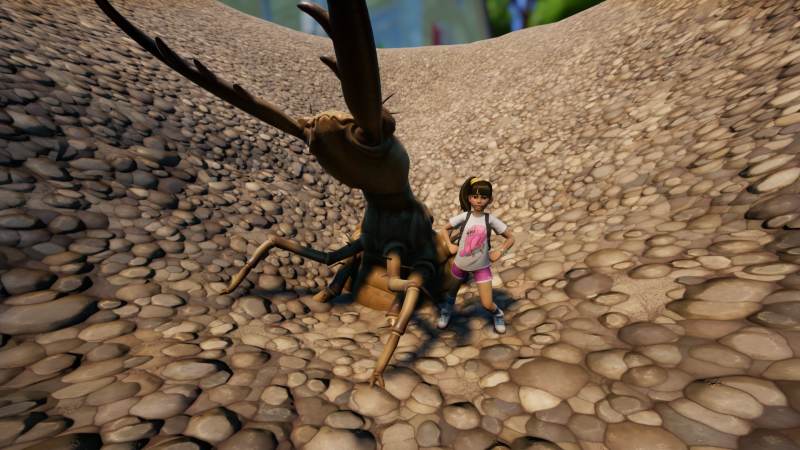 Get Yoked is going to be an achievement that players are very happy to see as it simply means that players have busted and harvested a total of 20 Milk Molars.

As I’ve stated in previous articles, Milk Molars are by far the most important resource in the game as they allow players to boost their stats passively.

Players will want to ensure that they buy the SCA.B Milk Molar upgrade from BURG.L to do this quickly and effectively.

Glob Job is a tough achievement to get as it simply needs patience.

Players will need to get any Tier 3 Tool to level 9 using the Smithing Station. Unfortunately, this just takes a lot of resources especially if you are applying elemental damage. So expect some long farming runs… because that’s what’s going to happen!

Growing Pains is quite a quick achievement to unlock as it will simply require players to unlock their first Mutation, which can simply be done by exhausting yourself running multiple times.

Lounging Around is quite a cute achievement and will commonly happen by mistake by most builders, however, if you’re not huge on building it may be an achievement you miss.

Essentially players will need to craft a Berry Chair or a Normal Chair and will need to sit in it for the first time.

For Protein Shake, players will need to consume 5 unique Beefy variations of smoothies. Players are going to want to use as many Smoothies as they can on their adventures as they give some impeccable passives and will soon be a main source of healing for players

Resourceful is going to be a very easy achievement to unlock and will always unlock naturally/passively as it simply requires players to analyze 15 unique resources in a Field Station.

Science Rules is another achievement that will happen naturally/passively as it will simply require players to make their first purchase with BURG.L.

SHRINKY AND THE BRAIN

Shrinky and the Brain takes a long time to unlock as players will need to analyze a number of resources in order to acquire Brainpower Level 10.

Take your time with this as there is no rush, but it is bound to happen at some point.

Snoopy tends to happen fairly easily, however, will take a decent amount of time in order to complete as it will require players to discover 20 unique Landmarks.

Landmarks aren’t the most difficult to locate, though it will requires a good amount of exploring for a player to find them.

I will say, I’m uncertain whether this achievement is tied to a specific 20 Landmarks or if it’s just any Landmarks, simply because I played Grounded over a couple major updates, however, at the end of the day you’re going to want to discover as many Landmarks as you can as they are essentially a free Trail Marker.

Splinter Master is a newer achievement and is simply to help encourage players to craft better arrows. While players may not understand the worth of having diferent types of arrows, I’m going to be honest… I love the Splinter Arrows and that’s what this achievement requires players to craft.

Players will have to only craft a single batch of Splinter Arrows.

Underexposed is actually an achievement I got by mistake and happened when I started writing guides for Grounded as it requires players to take a picture in game using the Photo Mode mechanic.

Players will be able to select this mode in their action menu, though players should note that a screenshot will not suffice.

Web Master requires players to either find or construct a Zipline that is 100 cm long.

I can’t say that I’ve found a Zipline in the world that is that long, though this may be because I build a Zipline before I finished the game that was long enough.

I’m curious if there are any out there that other players have discovered, so please let me know in the comments below. 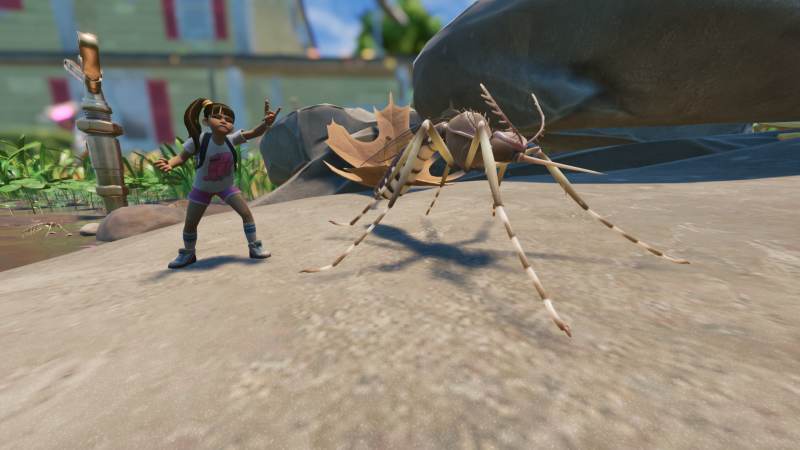 BURG.L Flipper is one of the first achievements every player will get as it will unlock when players enter the Oak Lab for the first time and help BURG.L up after the explosion,.

This is a necessary step in order to gain access to BURG.L, meaning all players will have to do it.

The Hedge Lab achievement requires players to locate the password for the Hedge Lab and enter it into the Terminal.

Mom Genes is a bit of a side mission that most players don’t realize exists. Players must kill the Hedge Brood Mother who is located near the Frisbee. Players do not necessarily need to kill the Broodmother for story, however, it is a good idea to get a Tier 3 Recipe.

The Pond Lab achievement is just as it sounds, players will need to head into the Pond Lab and interact with the final console in order to open the door.

Sticky Hands is an achievement that not all players will want to complete as it will require players to seal the crack on the top of the Weed Killer Canister by using a Gum Nugget. As soon as players do this, the world will kind of go to shit as it will make all infected bugs move out of the Haze, making the game more difficult. At the moment, there is no reason to really do this other than being able to get an Infected Wolf Spider (which is only available in this way), though it does not really add to the game and doesn’t lock a player from completing the story.

This is an optional choice for players, but we are assuming in a newer update this won’t be the case. 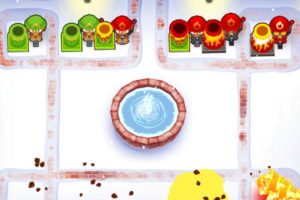 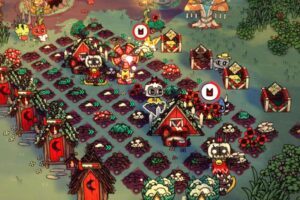