Cult of the Lamb is a great game with a variety of tasks to complete as well as a great number of resources players need to locate to both keep their Cult happy and to complete Missions.

While at first, I thought Cult of the Lamb was going to be straightforward and quite easy to complete, especially due to my history with dungeon crawlers and management games.  I was initially overwhelmed with the number of things that were available for me to do and didn’t know what to focus on.

Now, I’m happy to say that I’ve fully finished Cult of the Lamb, so I’m finally in a place where I can answer questions about the early, mid, late and post-game. Although I’m done the game, I can see myself playing it over and over, especially if my community on Twitch wants me to run a memey cult for them to join.

Now, I was a player who spent a good amount of time alternating between whether he was fighting in the dungeons and spending time with his Cult. At first, I was primarily focussing on the Cult and then I got super curious about how much the upgrades would help me push through the main Dungeons and if the passives that are gotten at the Shrine and Temple would essentially make me overpowered to defeat the game quickly.

As a player who tends to explore anything as soon as it’s unlocked, I completed the first quest at the Pilgrim’s Passage in a breeze, which only required me to turn in Wood, however, the Cultist in the Lighthouse required 25 Crystals for the second quest and I truly didn’t know where to get these.

Admittedly, after receiving this quest I had decided to take a wee break from the fighting elements of the game and that was my real “downfall” err… well at least the reason I couldn’t find Crystals.

The following guide will take you through everything you need to know about Crystals, including where to find them and the uses you will/may have for them. 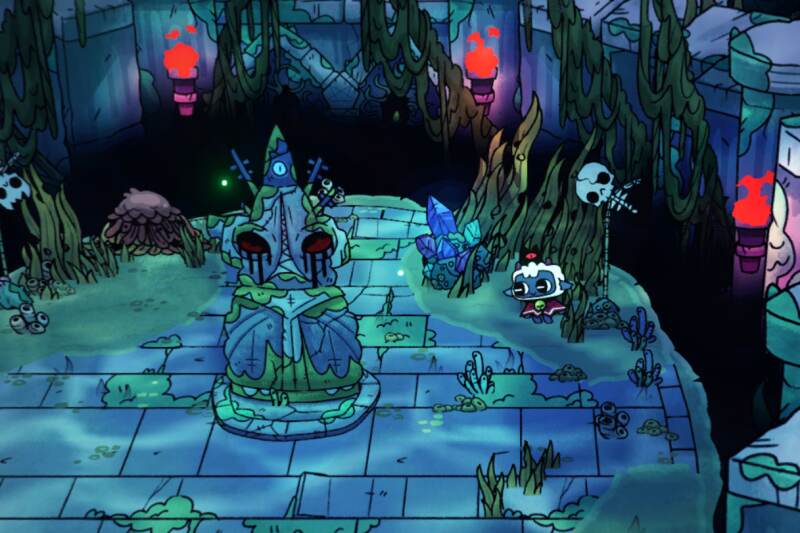 WHERE DO YOU FIND CRYSTALS IN CULT OF THE LAMB?

Crystals are actually a very common resource in Cult of the Lamb, though you may not expect it. At first, I thought that these would be rare and would appear from mini-games such as the Fishing or as rewards for completing other quests, but the reality is that they are much like Wood or Stone and appear in Anchordeep.

As players adventure through this area they will need to have their eyes peeled as Crystals look very similar to Stone and can also be found in scenery that looks like chests or storage compartments when visiting a shopkeeper.

Although I recommend that players always spend time breaking everything in a room for the extra Bones, Stone, Wood and Grass, it becomes a lot more important in Anchordeep as Crystals are very useful for a number of structures, resulting in the player needing a good amount of these.

Of course, a player will initially need 25 Crystals to help the Cultist in the Lighthouse, however, most structures will need between 2-5 Crystals in the mid-game to build.

Crystals also have a chance to fall from the Chests players open when completing a room and although players have reported that this has been the primary source of their Crystals, I actually found more of them on the floor of dungeons.

Something players may not be aware of is the fact that a player can access any dungeon on the map even if they have not defeated the previous boss.

Players can unlock Anchordeep as early as the moment they get 9 Followers and will simply need to walk up to the door to the far left to unlock it.

I honestly recommend that players do this as soon as they get the quest from the Cultist so they can begin the collection of Crystals as even if players do not survive the Dungeons they should be able to get a decent amount of Crystals (even when a certain number are taken away from you for dying.)

The only issue with completing dungeons that are too hard is that you will lose a portion of the resources you’ve collected unless you have a blessing that allows you to keep everything. 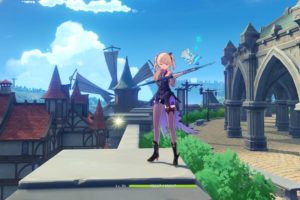 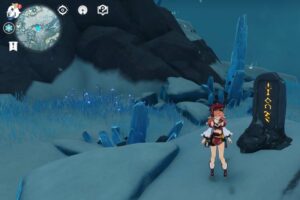