Ziggs is one of the most powerful Mages that players can roll in ARAM. Ziggs can deal high ranged damage and in most cases should not be re-rolled by players.

Ziggs has a fairly simple learning curve and can be built for high damage or long-term sustainability.

FLASH – Flash is the most important Summoner Spell players can choose when playing ARAM as it will help ensure that players can escape is tricky situations. In most cases, Ziggs players will never have to Flash forward due to his long-range abilities and can most-often use Ziggs’ W, Satchel Charge, to shoot themselves forward.

CLARITY – Clarity is not necessary when playing Ziggs and will highly depend on your playstyle and the items that you typically build. If you choose Domination as your primary rune tree versus Sorcery, Clarity will come in extremely helpful. Clarity will refill your mana by 50% and nearby allies’ mana by 25%.

IGNITE – If players choose to take Sorcery as their main rune tree, players will want to take Ignite as it inflicts enemies with Grevious Wounds and deals true damage. Use Ignite to finish off enemy champions, especially if they are about to run away. 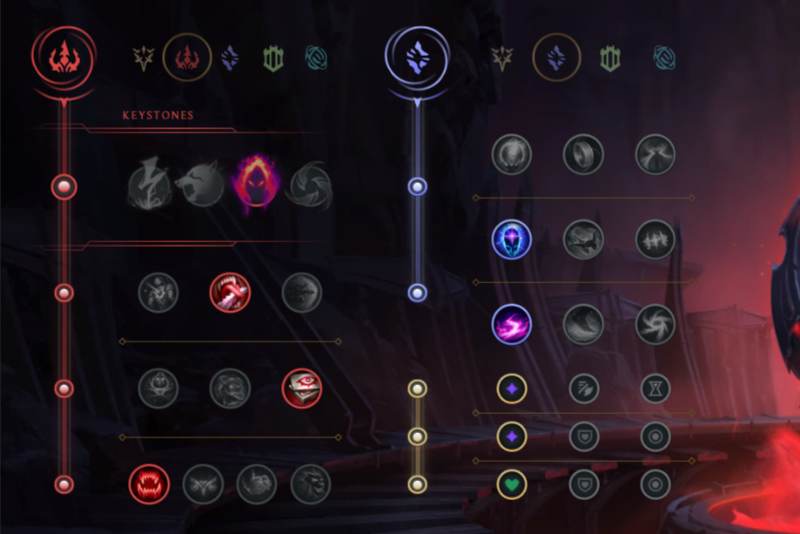 As mentioned, with Ziggs there are a few different Rune trees you can take to make your gaming experience smoother. Choosing which rune tree is better will depend on your play style and whether or not you are comfortable with the perks from each tree.

The following are the runes I always take with Ziggs in ARAM. They help make sure that I get takedowns and are especially useful when pairing using Ziggs’ Bouncing Bomb & Hexplosive Minefield. Since Dark Harvest has a 100% proc chance when enemy champions are hit, players who are able to land skill-shots are more likely to deal heavier damage than they would with Arcane Comet.

Other pros of this build include the massive amount of health it provides for damaging champions on enemy minions.

DARK HARVEST – Damaging champions below 50% deals 20-60  damage based on your level. Each soul that you harvest adds +2 Damage (ARAM only). Depending on what champion you have/what items you’re building, players will receive + 25% bonus AD or  + 15% AP.

It is important to note that Dark Harvest does not proc from Scorch or Liandry’s Torment.

TASTE OF BLOOD – Damaging enemy champions heal players between 18-35 health based on level. Players will also receive  20% bonus AD or 10% bonus AP. Taste of blood can proc every 15 seconds in ARAM.

EYEBALL COLLECTION – Collect 1 Eyeball per champion takedown, up to 10. Each eye gives a 1.2 AD bonus or 2 AP per Eyeball. Once players have received 10 Eyeballs they will also receive 6 bonus AD or 10 AP.

RAVENOUS HUNTER – Abilities Heal for 1.5% of damage + 2.5%  per every champion takedown for a maximum of 5 stacks. Healing is reduced to 1/3 on AoE damage.

MANAFLOW BAND – Hitting enemy champions with an ability will permanently increase your maximum mana by 25 (cooldown 15 seconds), up to a maximum of 250 mana. Although players will receive an increase in the maximum mana they can have, proccing Manaflow Band will not provide an increase in your current mana. 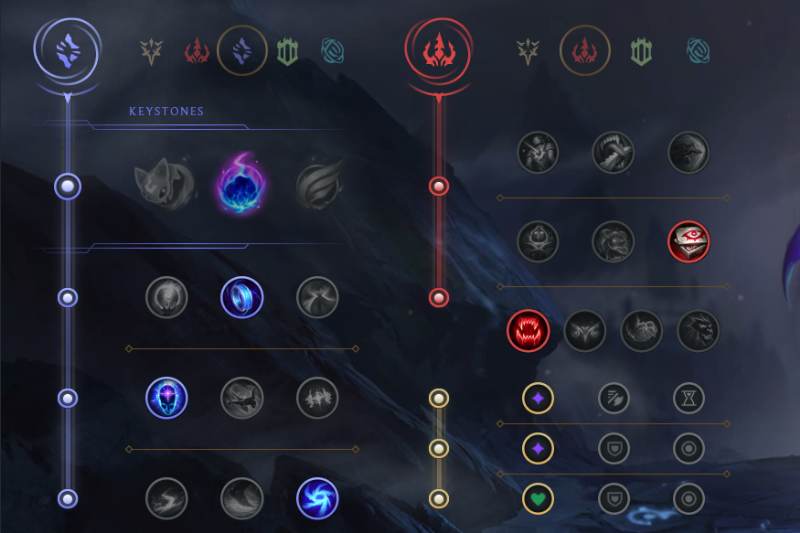 The following is the classic rune setup for Ziggs players. Although players can benefit from choosing to keep Ziggs in his Sorcery box, players will still want to stick to using both Sorcery and Domination.

Choosing to play Ziggs with Sorcery as the main rune tree and domination as the second will still allow Ziggs players to deal high damage, though arguably Ziggs will not be able to play as aggressively.

Arcane Comet can be avoided in many situations, which is why I avoid taking it.

MANA FLOW BAND – ABOVE FOR REASONING

TRANSCENDENCE – ABOVE FOR REASONING

EYEBALL COLLECTION – ABOVE FOR REASONING

RAVENOUS HUNTER – ABOVE FOR REASONING

Ziggs is an interesting champion to play, especially because players can choose whether or not they want to max out his Q or E based on who he is up against.

I recommend maxing out your abilities in the following order Q, E, W, and maxing your Ultimate out as necessary.

Ziggs’ E, Hexplosive Minefield is equally as powerful, however, it lacks the range Ziggs’ Bouncing Bomb has for the trade-off of AoE damage. If you are playing on a team that doesn’t have great wave clear, I recommend maxing out this ability first as the damage can annihilate waves of minions. If you choose to use Sorcery you may want to max out your E first, though be wary of overusing it as you may run out of mana! 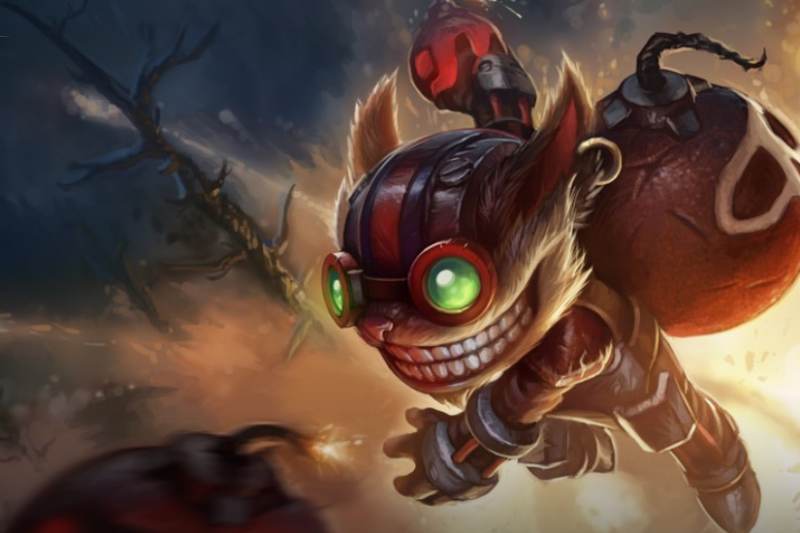 Liandry’s Torment (Burn, but not necessary)

Morellonomicon (Grevious Wounds; If the other team is tanky or has healers)

Void Staff (If the other team is tanky)

First Buy: Tear of the Goddess or Catalyst of Aeons

Rod of Ages (heals and gives Mana back)

Archangels Staff (Shield and Mana back)

Morellonomicon (Grevious Wounds; If other team is tanky or has healers)

At the end of the day, the way that you play Ziggs is going to depend on what your playstyle is. The lovely thing about League of Legends is that there are multiple pathways to get to the same goal.

I, for example, am a Domination slut, while my partner will use Sorcery over Domination any day. I personally love to go in and avoid building health items, relying on my runes to heal me throughout the game instead.

So, I’m curious, how do you like to play Ziggs? Do you think that he has a specific META he should follow while playing ARAM? Let me know in the comments below!

Johnny is a 20-something year old average gamer. His favourite games include Banjo Tooie, Donkey Kong 64, and League of Legends. Johnny is also a sound designer/composer and an animal enthusiast.