I’m not going to lie, I’m not usually the biggest fan of Mobile games and when I first started playing Gold and Goblins I thought I would put it down almost immediately, but for some reason, I haven’t put down this game since getting it.

I’m obviously no stranger to management games, priding myself on building a Twitch community on games like Two Point Hospital, Planet Coaster, Planet Zoo and the Sims 4 (which I guess isn’t as much of a management game.)

Now, while most idle games aren’t considered Management games, and tend to be more focused on things like Farming, being more akin to My Time at Portia or My Time at Sandrock, I feel like Gold and Goblins is much more “management” oriented as players will really need to watch their funds to ensure that they complete their Mines in a timely fashion.

The reality of Idle Games is that there is no rush to actually complete anything as players can essentially log in every few hours to just maneuver their Goblins around and ensure that they upgrade their Mines, however, sitting back for too long can make tasks take days to complete.

As someone who doesn’t have a lot of time to play games he’s not writing about or streaming, this is the biggest reason I cannot play games like this for long periods of time. It’s no secret that staying in the game for long periods of time will ensure that you get more resources, especially due to the fact that players can watch ads or will randomly get resources from their cannon before the cooldown is complete.

Though players who are able to passively play the game while working or have the spare time to stay logged into the game will have the advantage, there are a few tips and tricks I want to cover about the game that have really helped me progress quickly.

Today’s topic is going about whether or not it is actually worth it to merge your Goblins or if it is better to have multiple Goblins working on the same rock or structure.

Admittedly, depending on what stage a player is currently playing on, sometimes players are going to want to focus their time levelling up their Mines and other times they’re going to want to make sure that they have a fleet of Goblins to do their bidding.

Although I’ll dive into topics like that overtime, today we’re going to focus on what to do with your Goblins.

HOW DO YOU GET GOBLINS & WHAT DO YOU USE THEM FOR?

Goblins are the main workers in Gold and Goblins, being the only beings who can break down Rocks and Structures.

Players will be able to purchase Goblins at the bottom of their screen using Gold that they have collected, though each time a player purchases a Goblin, the cost of the next Goblin will increase and while all Goblins that can be purchased will start off as Level 1, as players purchase more Goblins they will unlock higher levelled Goblins for purchase.

Players will also get a free Goblin every 30 minutes or so from a Cannon, being able to tell what level the Goblin will be from the number on the Cannon, though if players stay logged into the game and on the Stage they are currently trying to pass they will be able to collect some random resources every so often.

Admittedly, this is going to be the best way to actually get yourself through rounds, being a bit frustrating for players who cannot stay logged into the game for long periods of time.

That being said, players can also purchase upgrades in the store, feeding into the “cash cow” mechanic of the game.

While any Goblin is going to be able to damage Rocks or Structures, players will want to make sure that they get as much higher levelled Goblins to clear Rocks and Structures faster. Essentially think of it like this: a level 7 Goblin will take 7 minutes to destroy a level 7 rock, though a level 6 Goblin will take much more time.

Again, if you’re not someone who is going to want to progress through Stages fast, this is going to be less of an issue, though if you’re participating in Events, this isn’t really a possibility.

SO SHOULD YOU ALWAYS MERGE YOUR GOBLINS?

The answer is yes and no. The reality is that players will always want to Merge their Goblins if they are actively playing the game, however, if you are logging in right before bed, I would strongly recommend having as many unmerged Goblins that you can have as this can significantly help you blitz through a Mine as long as the time they take to break the Structures of Rocks is shorter than the time it takes you to sleep.

For example, I always try to have at least 5 or 6 Goblins in my Mine at night just so by the time I wake up I have at least 5 main resources all farmed out. If you can use your overnight crew to open up new Mines so by the time you wake up you can either automate them or simply collect all of the Gold that they drop.

Essentially every time a player merges a Goblin the goblin will work at twice the speed and deal 5% more damage to whatever it’s trying to break down.

Due to this speed and damage increase, players will want to use their higher-level Goblins to shred through lower levelled resources as this will significantly cut down the time it takes to actually get through a level.

There is never a situation where two Goblins are going to be better than one levelled-up one. It is, however, worth while to put two Goblins on a resource to speed up the time as long as they are different levels that cannot be combined. 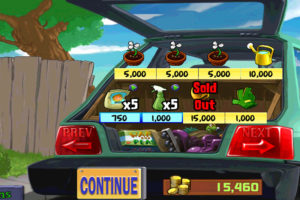 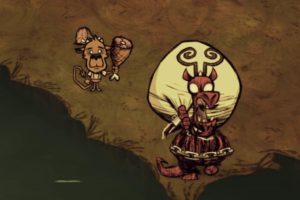 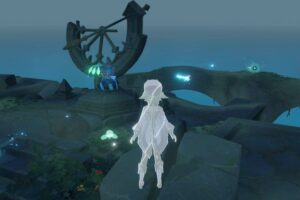