About two weeks ago I logged into my League of Legends account after not playing for almost 2 years.

I had recently moved to Portugal and had begun streaming on Twitch and between writing guides, producing music and streaming, I just didn’t have the time to play League of Legends anymore.

I’ve been a massive fan of League of Legends since shortly after college, finding myself withdrawing from stress to play the game. At first, it was simply playing Co-op VS. AI games just to blow off the extra steam and soon it became the game my husband and I played each night.

I, personally, was an ARAM player. I refused to play any other game modes (well except for my Co-op VS. AI first win of the day) and the reason I tell you this becomes very important soon.

When I regained access to my account I noticed a few things. Whoever hacked my account spent all of my Riot Points, Blue Essence, changed my name and would play either ranked or drafts on the account. Alright, not the biggest issue to me… well except that my name was changed to something very stupid.

So, I reached out to Riot simply stating something along the lines of “My account was hacked. I haven’t played in two years. My old Summoner Name was [redacted]. While I do have access to my account now, I wanted to see if my Summoner Name could be changed back to what it used to be.” It was at this point that I also made it clear that it was obvious to tell my account had been hacked as there were clearly different play styles, including the following:

“I was a Full-Time ARAM player, also streaming the game on Twitch. I would play with [redacted list of 10 usernames] who have all been blocked on my account by the hacker. It seems the hacker gained access to my account on [redacted] as that I still hadn’t installed the game on my computer by then. It may be odd seeing this come from a Portuguese IP as my main reason for my break was me moving to Portugal, which happened on [redacted], as you can see the last day an ARAM game was played.”

After this message I attached screenshots of e-mails I had received from RIOT over the years, including receipts from payments and in-game screenshots of my username before it was changed to… whatever it is now.

About 3 days passed before I thought to myself, well RIOT is not going to get back to me, might as well grind up Blue Essence to change my name. I also thought I was in the clear and ended up using my Prime Gaming to get in-game loot. Flash forward a literal week when I try to log in and my account is permanently suspended. Out of confusion I check my e-mail:

Truffles here jumpin in. We do appreciate you for reaching out to us. It’s really a bummer that your account got compromised. I echo your sentiments my ally! Let me look into this for you.

Unfortunately the information you have provided is still insufficient to help me verify you are the original creator. I am unable to grant you access to the account. Please understand that these steps are taken to ensure the security of our players and their accounts.

I know this isn’t the response you were hoping to get but I do hope I was able to clarify your confusions on this matter. I’ve already exhausted all of my resources, but unfortunately, it didn’t go through.

If you happen to remember more information you will have to submit a brand new ticket to try again.

I’m sorry I cannot help you out this time. 😥️

Have a nice day ahead!
Truffles
Riot Games || Player Support

– My first support ticket from Riot

It was at this point that I was in utter shock.

So, because I made you aware of a hacker, I now have my account suspended… Alright, I can take this one. Must be odd for someone who has access to their account to contact you about it being hacked. My bad, this must be on me. But to the fellow gamer… does this seem like good protocol when your e-mail only stated that you wanted your Summoner Name changed back?

A couple days pass and I’m finally able to send in another support ticket using League of Legends and I fill out all the information that proves that my League account was mine only to receive the following e-mail from Valorant Support.

Looks like we’re gonna need some hints to get you better checked here!

Please don’t get intimidated by the amount of questions. We know this is a lot of information and it can be quite difficult to remember everything, but give your best and try to answer as many as you can! Also, keep in mind that even a wild guess is better than nothing for us.
If dates are unknown please enter a significant game event around the same time.

Username (login name):
What is your full Riot ID, include your tag (Ex: RiotGames # NA1):
What is your summoner name?
Shard you play on (NA, EU, etc.):
Your current Email address:
Your current IPv4 address (Use https://www.whatismyip.com/ to find your IP address):
Who made this account?
All possible emails used on this account (take a couple of guesses!):
Do you have access to these emails:
Creation date of the account (Ex. AUG 20 2019)
Location where the account was created? (City, Country)
Birthday on the account (Ex. DEC 21 1990)
Has anyone else ever played on the account? (including friends/family):
Name any additional Riot products you play on this account.
How did you lose access to this account? When was the last time you had access to the account?

Have you ever bought in game currency(RP/VP/Coins etc)?
If yes answer as many questions as you can from the list below
What was the first thing you spent it on, be specific:
Email address linked to PayPal account(if you had used multiple PayPal accounts, please add these email addresses as well):
Unique PayPal transaction IDs associated with purchase(s):
Phone number, mobile provider, and country used for SMS transactions:
Any PaySafe Card PIN/Transaction IDs:
First 6 and last 4 digits of any credit cards used:
RP card PIN numbers:
Any transaction or confirmation numbers received via email for this account:

BONUS: Please provide any other context you have for the account:

I would hope to hear back from you! I truly would like to solve this issue with you if you would give the chance!

Please summon me if you have further questions!
Thank you for reaching out to us!
G0ldRanger out! Stay golden!!
-G0ldRanger-
Riot Games | Player Support
“Ow, where did that come from?”

I of course answer all of these questions and include my credit card statements that prove that I have access to the bank accounts associated with my purchases. No way the hacker also has access to my bank statements. I also re-state users I used to play ARAM with as the e-mail asks for “other context you have for the account” but the next day I receive this e-mail.

Oof looks like we may have came on a stump here with the info.

Thank you for all the details you’ve sent so far! Sadly, at the moment, I don’t have enough information to better check things as the owner of the account. I know the situation is painful, but we will need additional data in order to proceed further.

If dates are unknown please enter a significant game event around the same time.

Fair warning though! Do not be alarmed if some of your messages disappear, your answers are extremely private and must be kept that way. I will be removing your answer messages from our ticket thread that’s viewable on our support site. You’ll still be able to see it in your email though!

Here are some game specific questions to better help out things:

LoL
What was your first non-skin RP purchase
If you’ve sent/received gifts, what gifts and/or to/from whom?
Recall previous content refunds. Please be as detailed as possible

LOR
What was your first cosmetic purchase( Board, Guardians,Emote,Cardbacks) ?

I know it is really tuff to remember things but you got this!

It really might help to double check the questions you submitted to make sure you answered sometimes even how you write it can make things difficult.

Once you reach me back with those details; I would be happy to better search into things.

I’m 99.99% certain I’m not even being responded to by humans and the worst part is… I feel at fault now because I was the one who made Riot aware that my account was compromised. If I hadn’t I probably would be freely playing on my account right now with no issues.

What blows my mind about this whole situation is that RIOT doesn’t have a “you’ve logged into a new IP” feature built into the game. Almost every single game I play has that and if it doesn’t, then the launcher does.

I wasn’t even aware 2-step had been implemented in my two years off, and I would have set it up earlier if I had known. (Don’t worry, it’s on now.)

And most of all, I’m shook that you would outright suspend me over this. Over. This.

Moral of the story? Probably never contact RIOT. I’m thoroughly disappointed and I will give you more information as I get it, but note that it has already been 2 weeks of waiting at this point.

But I’m curious, has this happened to anyone else? What did you do to get your account back? Did you? Please let me know in the comments below, because I’m currently bashing my head against a wall gamers. 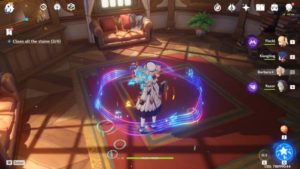 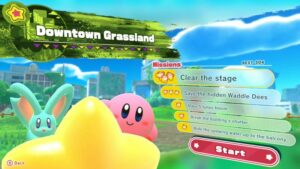 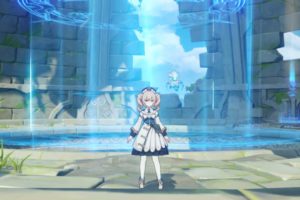