I’m sure by this point of the game anyone looking up this guide is a huge fan of Kirby and the Forgotten Land and understands the majority of the mechanics in the game. For those of you who are reading this? What is your rating of this game?

For me, I’m still mega pumped about it and while I completed the game, I’m still playing it to get all the things I missed out on and still grinding out my abilities to the max I can take them.

I personally started playing this game on release, streaming it on Twitch for our community and I must say, even though my life is fully consumed with Kirby right now, I still love it to death.

Kirby and the Forgotten Land has really been a game changer for me, providing me with content I didn’t even know I needed with new abilities, upgrades and even the new Mouthful Mode that is terribly fun to experience!

I have to say, my favourite part of the game so far, which is speaking to my competionist nature are the missions that are available in each level of the game. While one could argue that Missions and objectives have always been a staple in Kirby games, we have never seen them displayed in the manner that they are until now.

Kirby has veered away from having players aimlessly travel through the world to find secret locations and is now spilling the beans to let you know what exactly you need to do in order to 100% levels.

Quite frankly, I’m a mega fan of this mechanic as it did feel a bit frustrating to 100% Kirby games in the past as I’m typically (shocking fact here) not usually one to look up guides for Kirby games. I KNOW! A guide writer!

Missions also have a purpose in Kirby and the Forgotten Land, providing players with Waddle Dees which can be used to upgrade their Waddle Dee Town, which will continue to grow to provide players with helpful resources and mini-games to help support their travels.

While most Missions are straight forward, I have to say some will leave a player confused, so in hopes of lessening that burden, I’m taking you through everything you need to know about levels so you can also 100% the game.

The following guide will take you through everything you need to know about the Northeast Frost Street, including the Missions and the Capsules you can find in this location:

As is with all the other stages in the game, players will receive 3 Waddle Dees simply for completing the level. In this instance, all the Waddle Dees are fairly easy to get, though some are more puzzley than others. Take your chances at obtaining all of them as the more Waddle Dees you have, the better! 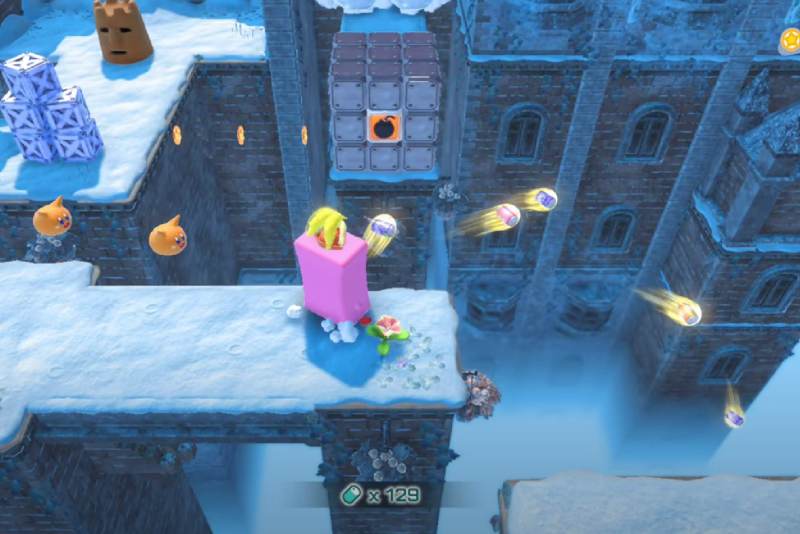 The first Waddle Dee is found shortly after players acquire the Vending Machine Mouthful Mode. Players will have to destroy a Bomb Box in order to shatter a bunch of metal boxes in order to reveal the path to the Waddle Dees.

As players go down this path they will want to destroy all the Snowballs with the Vending Machine and then break down the garage door to reveal the first Waddle Dee. 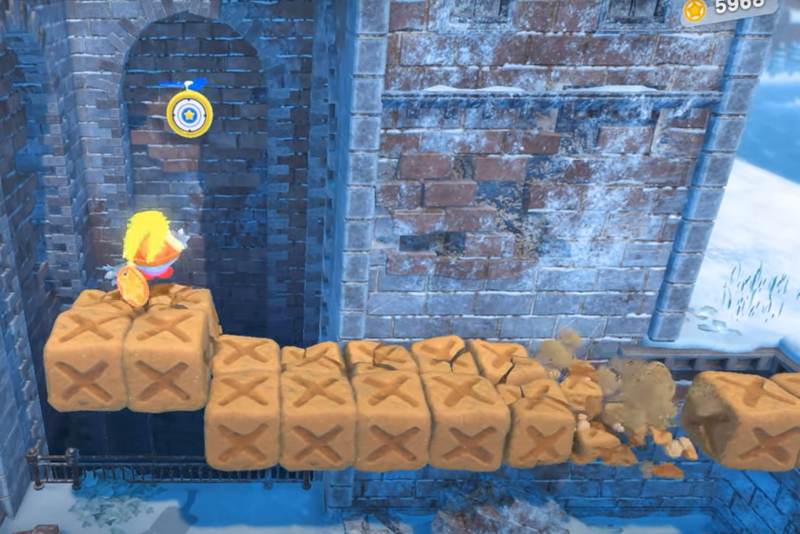 The second Waddle Dee takes a few steps in order to complete.

If for whatever reason you are unable to hit this target in time, don’t fret, these blocks will respawn so you will get as many chances as you need.

Once you are in the new location, players will have to shoot a Red Button with a Star in it, located in the mid-right of the screen in order to open up a golden gate with a target in it.

Now you’ll want to hit the target to reveal a staircase that lets you save the second Waddle Dee. 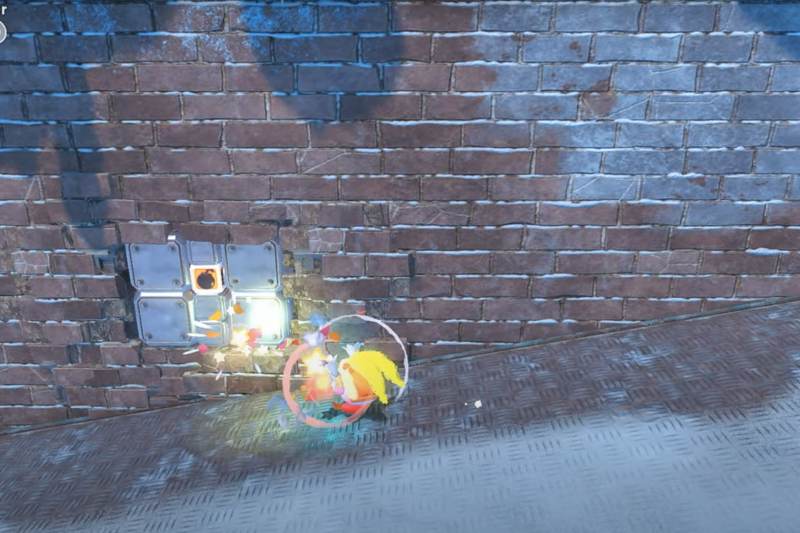 As players progress through the level after saving the second Waddle Dee they will end up on a platform that veers right and left that is longer than the rest.

When the platform is lowest on the left hand side players must shoot at the Bomb Block in order to reveal the third Waddle Dee. 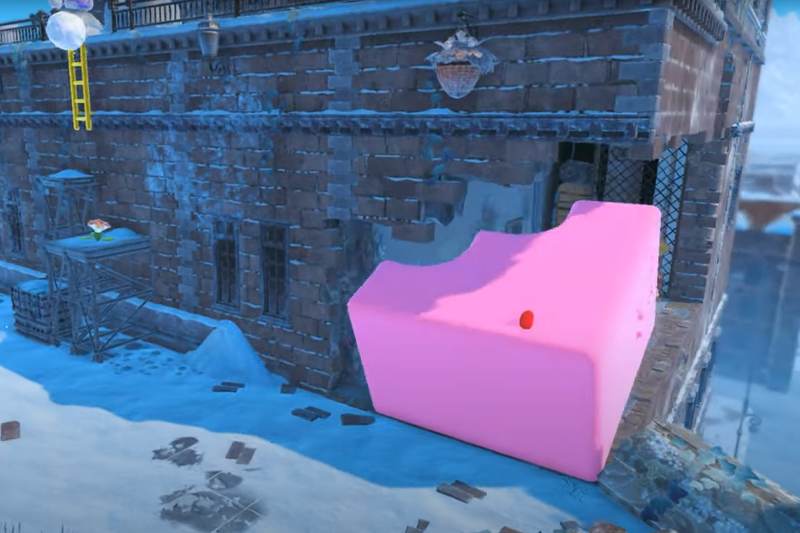 The final Waddle Dee is a bit complicated to get and will take a bit of strategy to figure out.

During the section where players have the two Staircases they can suck up using Mouthful Mode players must try to bring the second Staircase down to the bottom level where there is a crack in the wall.

Essentially, players will have to take the second Staircase that is located next to the Animal Snow Sculpture to the far left where there is a gap in the gate to drop down.

Players must then walk themselves over to the right side of the screen where there is a crack in the wall and must crash the Staircase into the Wall to break it.

Once players are in this alcove, they will have to walk the Staircase all the way to the wall where they can climb it to rescue the final Waddle Dee.

I’ll be honest, I mistakenly discovered this Mission because I knew that destroying an Animal Sand Sculpture was a Mission in the past. This time around, players will have to destroy 4, being the following. 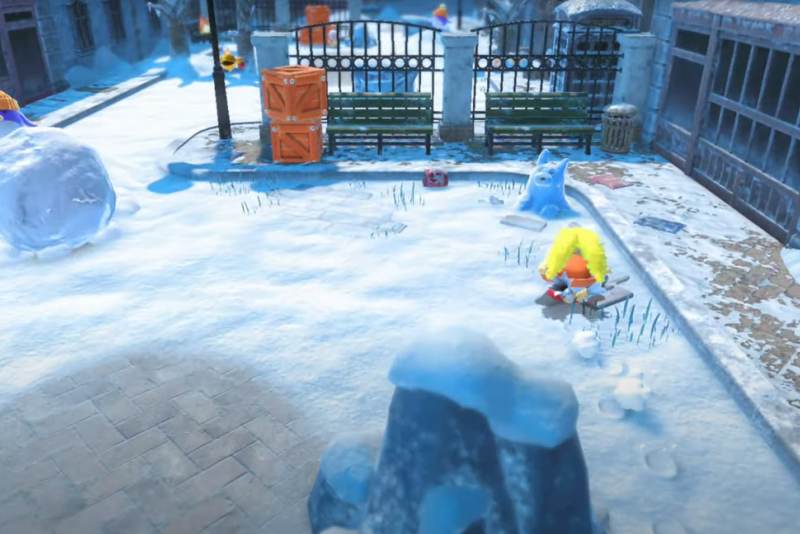 The first Animal Snow Sculpture is available right at the beginning of the level and will be located on the right by two green park benches and a fence. 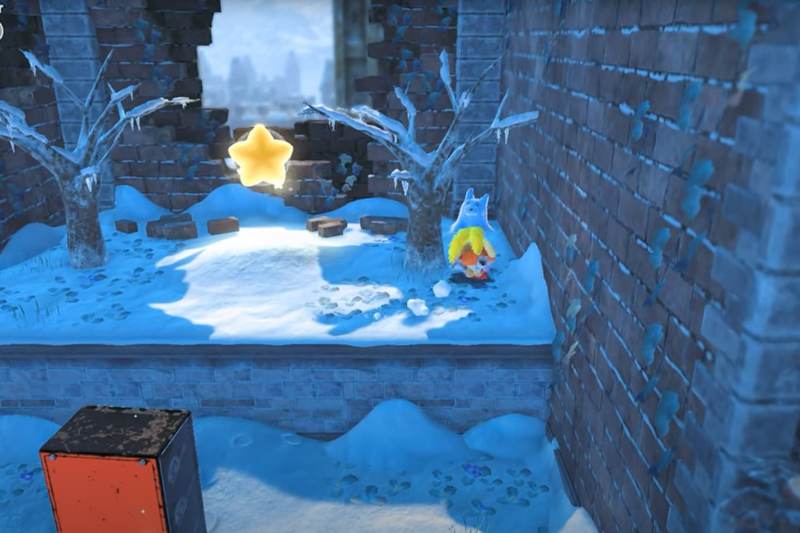 Right before players take the Warp Star to the next location they will see an Animal Snow Sculpture located in the right hand corner of the area. 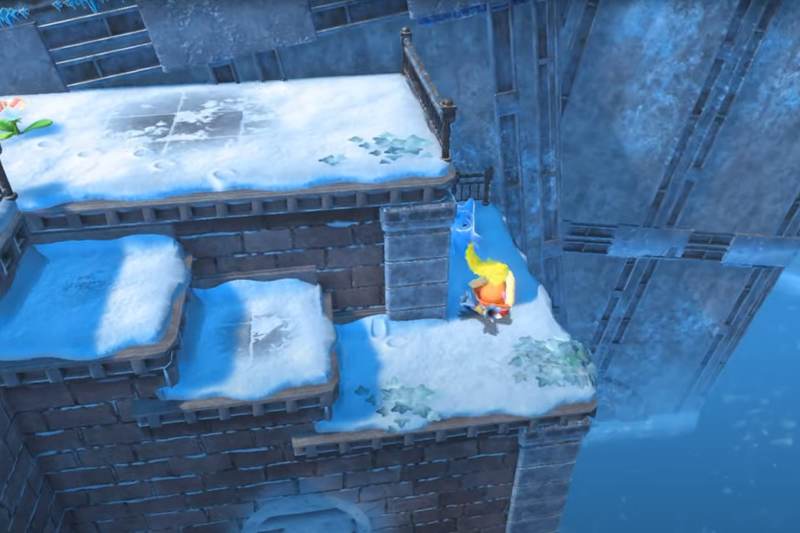 As players reach the platforms that rock from right to left, players will see a few stair steps that take them down to where the third Animal Snow Sculpture is located to the right. 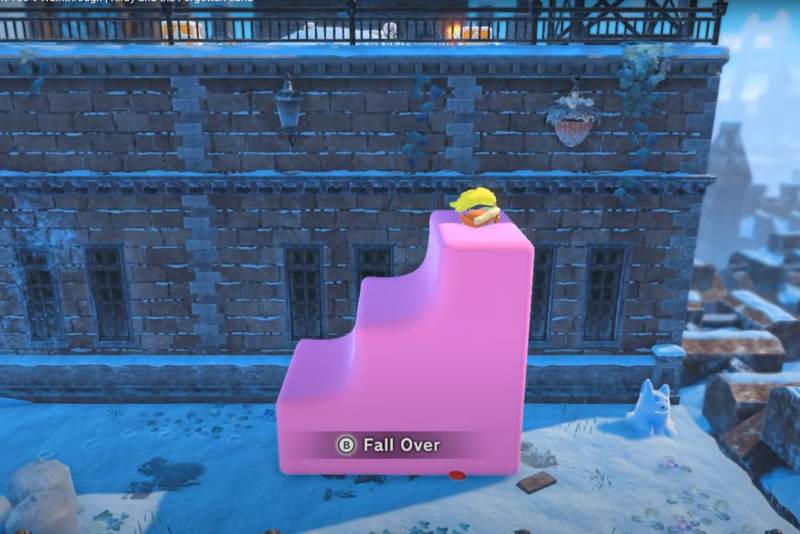 The final Animal Snow Sculpture appears after players collect the fourth Capsule on the second last building. Players can either destroy it using the Staircase or can break it using a regular ability. 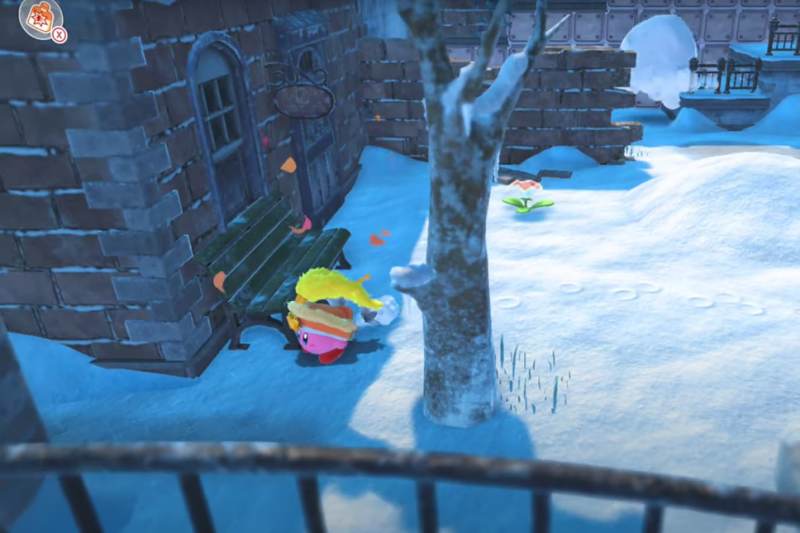 FIND THE SIDE ALLEY

In the first area, players will need a very sharp eye in order to notice a separation between buildings. This separation comes right before players are met with the wall of metal crates with the bomb box, so if you’ve gotten that far, turn back.

The Side Alley is just below the green bench of the left of the screen and will take you to an area with some juicy rewards. 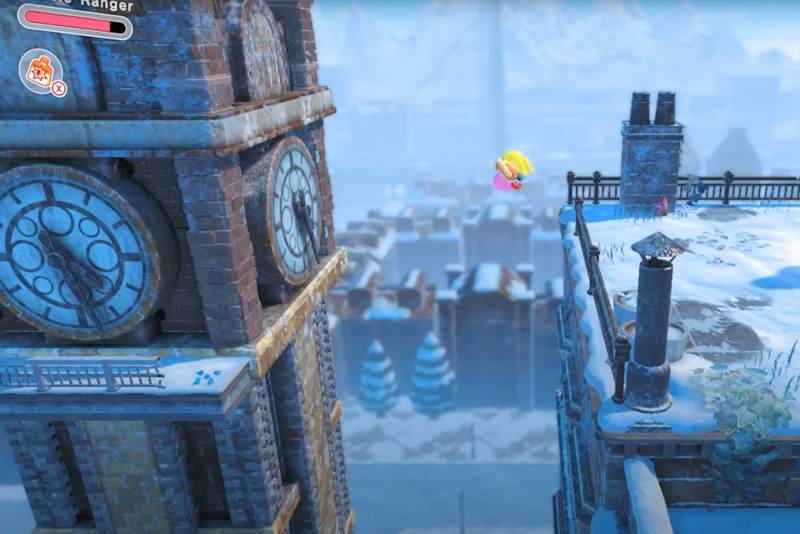 Right at the end of the level players are going to want to take a pause before securing the final Waddle Dees.

To the left of this area players will see a Clock Tower that has a missing guard and will want to fly onto this platform.

To do so players will either want to head to the gap in the fence (on the platform they are on) or will want to try to fly over the gate.

Players may have to do this a bit quickly as if players don’t fly high enough early enough they will fall and die. Truthfully, it’s quite simple, so you shouldn’t have any problems, but that’s just a heads up! 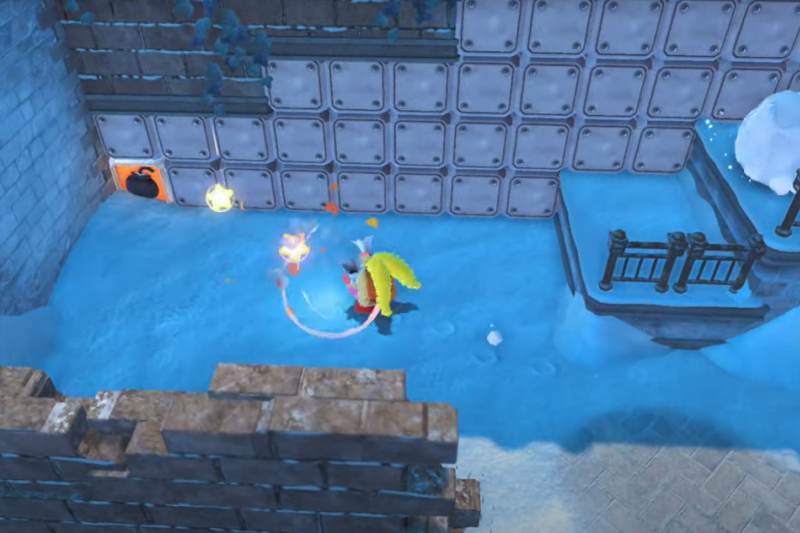 After players find the side alley they will locate a wall filled with metal crates. This is very simply and will need players to destroy a bomb box in order to reveal the Capsule. 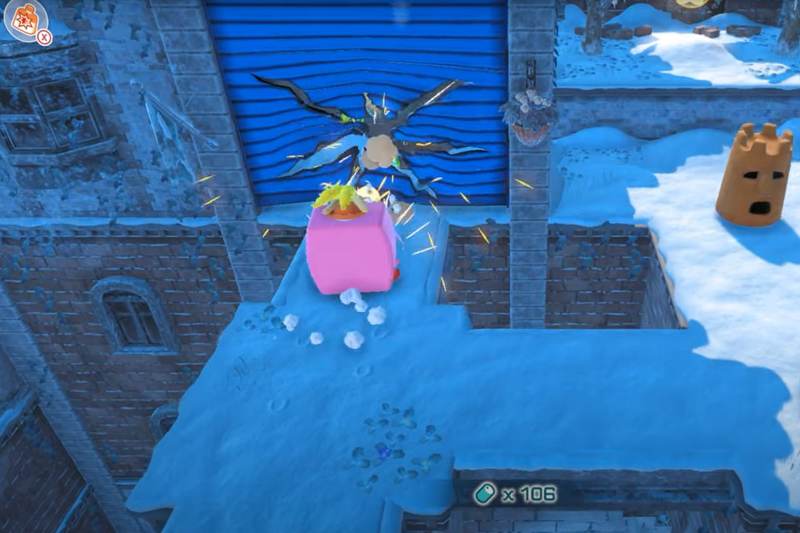 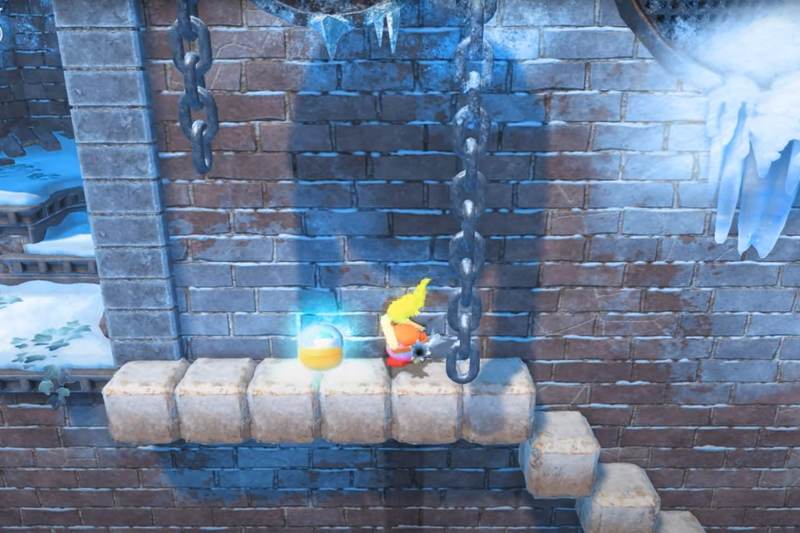 After players rescue the third Waddle Dee they can head all the way to the right of the tilting platform to find a shiny orb that will force stepping stones to appear that will take you up to the Capsule. 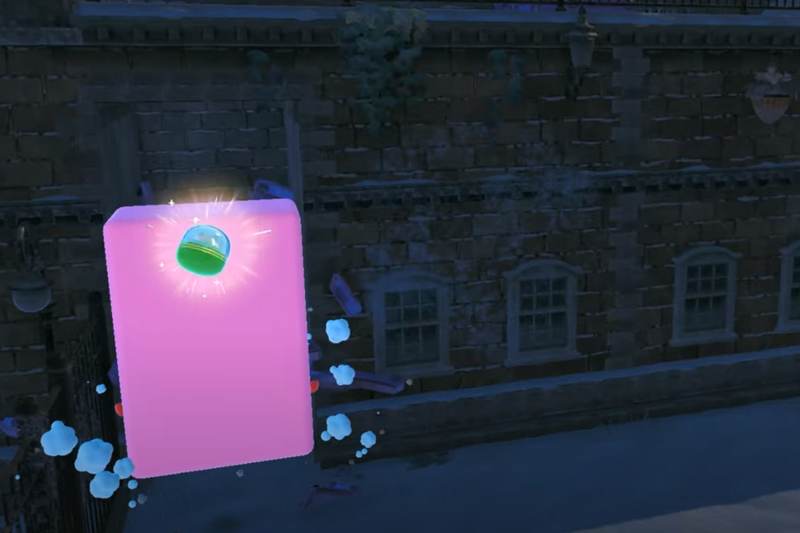 When players have used Mouthful Mode on the second Staircase they will see a bunch of metal boxes to the left. Crush through these metal boxes and you’ll get the fourth Capsule. 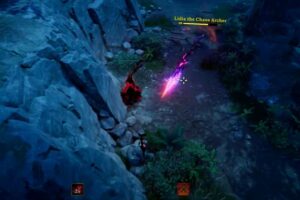 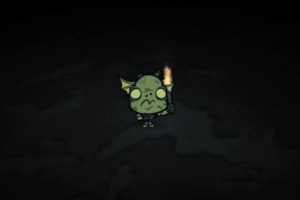 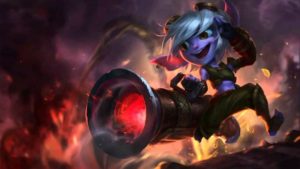