Admittedly there aren’t a whole lot of bosses in Grounded, but the ones that are there are quite difficult to defeat in any of the difficulties of the game.

Although the Hedge Broodmother is available for players early on into the game, players are going to want to make sure that they are very well prepared for the battle as it will otherwise result in a number of wipes.

I will say, we usually play on Medium difficulty and even with two players and some decent Gear, we’ve wiped a good amount of times, simply due to the mechanics that the Hedge Broodmother has.

The following guide will take you through everything you need to know about about the Hedge Broodmother as well as tips for players to use in order to successfully defeat her. 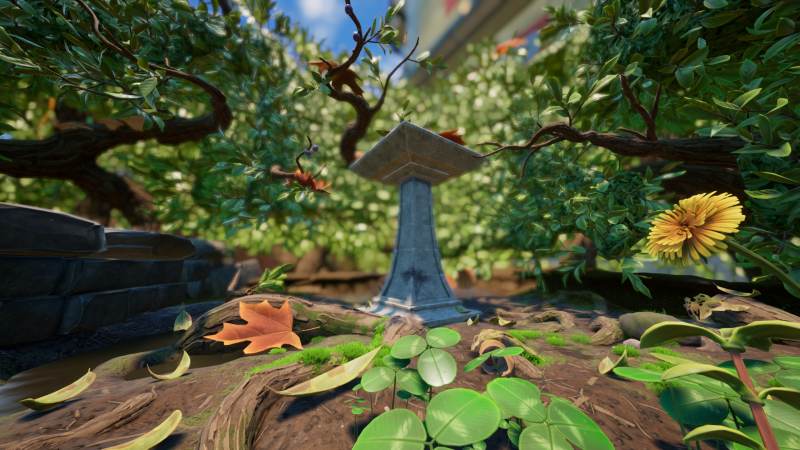 WHERE IS THE HEDGE BROODMOTHER?

The Hedge Broodmother isn’t a marked Boss on the map and players will commonly not even know that she exists as she is no way tied to the main story of Grounded.

As her name suggests, players will know that the Hedge Broodmother is located somewhere in the Hedge, however, I will say that this boss is still fairly difficult to locate unless players know what they are looking for or if they have spent a good amount of time traveling around the world.

Players will want to locate the Flingman Flying Disc landmark in the upper portion of the Hedge, though this can be a bit difficult to get to as it will require players to parkour around the trees to get to.

I will do my very best to make a video or write a clear guide on where to find it.

Players will know that they are in the Hedge Broodmother’s Lair immediately as it is covered in Webs and there are carcasses of bugs all over the place, which the player will be unable to loot.

HOW DO YOU SPAWN THE HEDGE BROODMOTHER?

There are a few steps a player must complete in order to summon the Hedge Broodmother, starting off with obtaining the receipe for the Broodmother BLT.

This is truly  the way that players become aware of the Hedge Broodmother as the Broodmother BLT is a food recipe that cannot be eaten and clearly states in the description that it is bait for the Broodmother.

Players will need the following items to cook the Broodmother BLT:

Players will need to gain access to an Oven from BURG.L in order to cook these ingredients together.

Players will see a waypoint here, letting them know that an item can be placed here.

Players should note that as soon as they place the Broodmother BLT into the egg sack that the Hedge Broodmother will spawn and will seal the area, meaning that players will not be able to escape if they are in trouble.

This area will only unlock when all players in the location have died or if the Broodmother is defeated.

Players should be happy to note that if they do not defeat the Broodmother they will be able to retrieve their Broodmother BLT allowing them to retry the battle immediately, though if a player defeats the Hedge Broodmother the meal will be consumed and players will instead get a reward.

WHAT ARE THE HEDGE BROODMOTHER’S ATTACK PATTERNS?

The Broodmother herself attacks fairly rapidly, though she will move relatively slowly in comparison to other mobs. As she is a Spider she greatly resembles the attack pattern of the Orb Weaver or Wolf Spider.

The Broodmother is actually a bit of a mixture of both, receiving the following attack patterns:

The Orb Weaver’s Side Lunges

Players should note that the Broodmother will attack slower at the beginning of the battle, but will ramp up on speed as she continues to lose health.

The Hedge Broodmother will also have her own types of attacks, though still fairly similar to the other spider counterparts. These attacks are as follows:

A jump that deals damage immediately as the Broodmother jumps and when it lands. This attack needs to be dodged or a player can completely wipe due to it depleting a player’s stamina and causing it to fill back up slower.

She also has an attack that is very much similar to that of a Ladybug, essentially rearing upwards and sending out a shockwave that cannot be avoided. This attack will cause a stun and deal a lot of damage as well as a debuff which reduces your attack damage for a period of time.

By far the most terrifying thing about this boss is the fact that she is able to summon Minions like Spiderlings and Orb Weaver Jrs. These are truly the highest source of damage for the Broodmother, especially if players don’t deal with them quickly enough.

These minions normally spawn after she leaps into the air and will fall down from the ceiling. 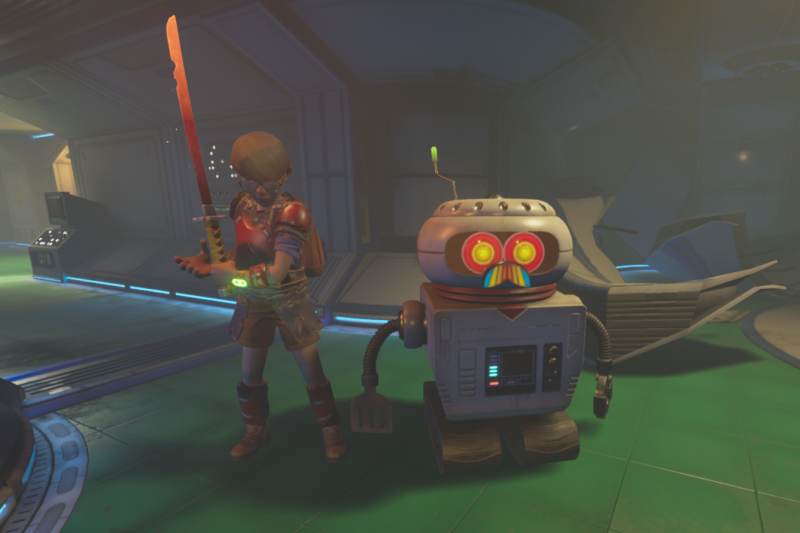 STRATEGIES FOR THE HEDGE BROODMOTHER FIGHT

While many players will want to go in blind into the Hedge Broodmother fight, I actually think that this isn’t a good option.

It has been reported that the overwhelming majority of players have lost to the Broodmother multiple times before acquiring success.

Firs players should note the following resistances and Weaknesses for the Broodmother:

The Hedge Broodmother is very weak to Spicy Damage, meaning that players will want to ensure that they collect enough Spicy Shards to make at least Spicy Globs to advance them to at least level 5 or 6 in the Smithing station.

Players do not necessarily need to use Spicy Damage if they don’t want to and instead can simply use Quartzite upgrades as long as they use a Weapon that also trigger’s the Broodmother’s Weakness.

The Weapons that are best for the Broodmother Fight are as follows:

Players can also use the Salt Morning Star or Mint Mace, due to their speed, but they’re much less effective due to the resistance the Broodmother has.

Players can also choose to use a Crossbow or Bow as long as they use Spicy Arrows, other Arrows don’t deal nearly as much damage.

Players should never use Fresh or Salty on the Broodmother as she has a resistance to it. This means that players should avoid Weapons that they have upgraded this way using the Smithing Station as well as Weapons that naturally have them.

Players should not use any Stabbing Weapons on the Broodmother as she resists this damage. Unfortunately this includes Arrows, though this can be somewhat remedied if the Arrows have Spicy Damage incorporated on them. Other Weapons players should not due to their Stabbing damage type are:

It should be noted that the Hedge Broodmother is fully resistant to poison damage, so don’t even try using it.

Players will also not be able to use Lure Arrows on the Broodmother herself or her Minions.

ALWAYS MAKE SURE TO HAVE MEALS AND SMOOTHIES

While players may think that they can get away without eating Meals or avoiding Smoothies altogether, nothing is going to be further from the truth.

Players will at least want to drink some Liquid Rage and Boost Juice before they head into battle, but they will want to pair this with any Meals that they can afford, especially those that have Thorns on them.

ALWAYS MAKE SURE TO CHECK YOUR MUTATIONS

I’ve already covered the sheer importance of unlocking Mutations, but the Hedge Broodmother will be one of the only instances where you absolutely need to use Mithridatism or else it is a guaranteed wipe.

Please make sure that everyone on your team has the Mutation as even if they are not the primary target, they can still die in this fight fairly quickly.

HOW TO HEAL AGAINST THE BROODMOTHER

Healing items will depend on a player’s resources. If players are in groups, I would strongly recommend relying on Healbasas, though players who are playing solo or simply need to focus on healing themselves will want to do so only with Smoothies and Granola Bars as other methods are pretty slow and ineffective against the Broodmother.

HOW DO DEAL WITH THE MINIONS SPAWNED BY THE BROODMOTHER

As I mentioned, it’s going to be very important for players to deal with the minions spawned and players will be able to do this efficiently by using things like Splatbursts or Gas Arrows.

Both have some really great AoE which will essentially wipe out the mobs, and quite frankly, the faster you wipe them out the more chances you’ll survive.

LOOT AND REWARDS FOR DEFEATING THE HEDGE BROODMOTHER

If players are successful in defeating the Hedge Broodmother, players will receive the following loot: 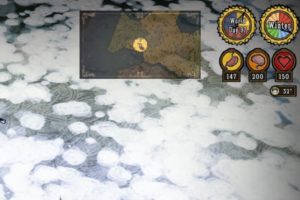 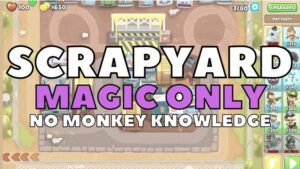 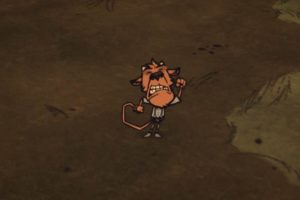