Caitlyn is a terrifying champion to be up against when you’re in ARAM, simply due to the amount of range Caitlyn has combined with heavy-hitting damage players.

Caitlyn will passively gain stacks of Headshot when she uses her basic attacks. Once Caitlyn has gained 6 stacks (or 5 stacks while in a bush), players will deal more damage from an unstoppable basic attack that will always deal critical damage.

Players can proc Headshot early, though players will consume all the stacks of Headshot they have started to collect, which we will cover shortly.

Caitlyn’s W, Yordle Snap Trap, stores a maximum of 5 traps (upon being upgraded) which will both root and reveal an enemy champion who walks not top of it. Upon ensnaring an enemy champion Caitlyn players will have access to Headshot and will deal more damage.

Caitlyn’s E, 90 Caliber Net causes Caitlyn to recoil (move back) and will both slow enemy champions (or minions) and deal magic damage. Similar to Yordle Snap Trap, enemies affected by 90 Caliber Net can trigger a Headshot.

Caitlyn’s ultimate, Ace in the Hole (R) can be locked onto an enemy and will provide true sight to the target. Caitlyn will then channel, summoning a homing bullet towards the selected target and dealing physical damage to the first enemy it hits.

Unfortunately, Ace in the Hole (R) can be intercepted by another champion, making it a fairly “useless ultimate,” though in many circumstances it can lead to the demise of an enemy champion. More tips on that later. 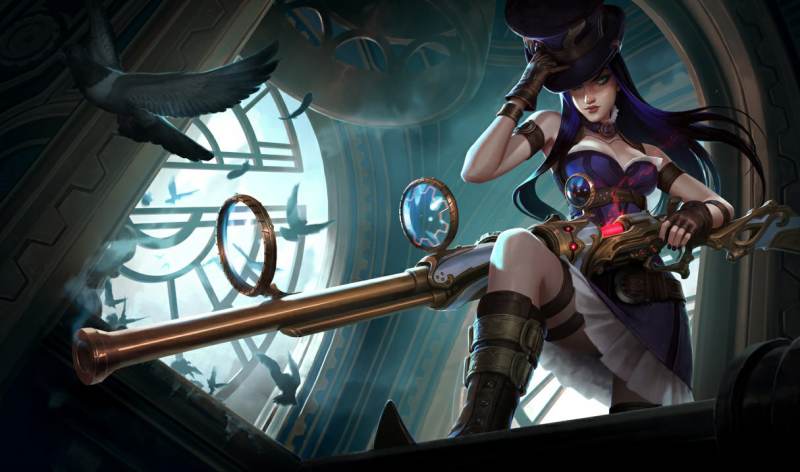 COMBOS: Caitlyn doesn’t necessarily have a combo, though players will want to ensure that they use a 90 Caliber Net (E), basic attack, then use a Piltover Peacemaker (Q), followed up by more basic attacks and a potential Yordle Snap Trap (W).

Players are encouraged to always take advantage of enemies ensnared in Caitlyn’s Yordle Snap Trap, though if players are struggling to do so or feel unsafe, it is not always a necessity (especially if enemies are too far away).

SUMMONER SPELLS FOR CAITLYN IN ARAM

As a general rule, I think it’s a good idea to take Flash when playing Caitlyn in ARAM simply due to the amount of getaway it provides player and quite frankly as a Caitlyn player, you may actually see a big use in flashing forward to secure enemy takedowns.

Due to Caitlyn’s range, players will want to get used to kiting in and out of bushes when damaging enemy champions. If you want to be extra sneaky, Flash out of a bush to secure a takedown, though using Flash to get into a bush can also be an option.

Heal is a bit of a staple when playing marksmen. Heal will help provide a little speed boost to ensure that you’re able to get away from dangerous situations, especially when you’re low on health. 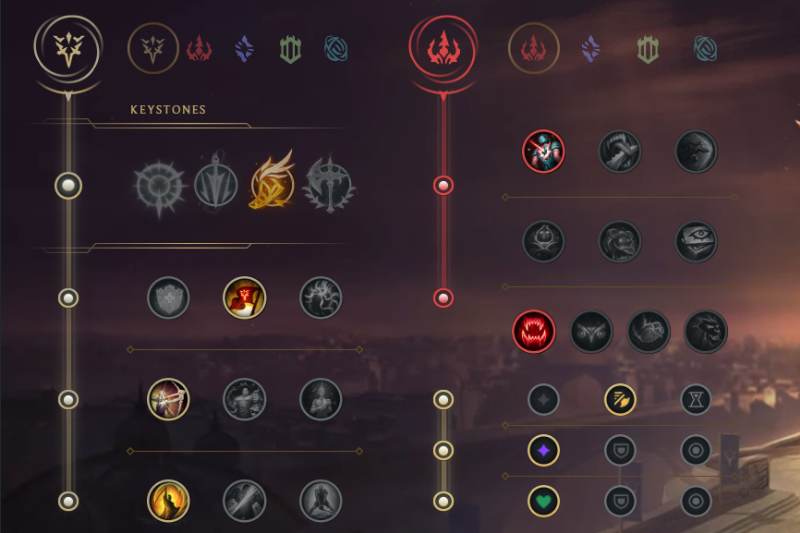 RUNE TREES FOR CAITLYN IN ARAM

The most common rune build players can rely on when playing Caitlyn are Precision runes as they provide players with attack speed and some health sustain.

Caitlyn players should focus on their auto-attacks as standing and attacking will deal much more damage than using her abilities, especially because Caitlyn players do not have very much mana.

After 1.5 seconds of damaging enemy champions, players will gain between 40-110% attack speed ignoring the attack speed cap for 3 seconds. Every attack players continue to take against enemy champions will extend the length of Lethal Tempo by 6 seconds.

Lethal Tempo will also provide players with early game attack speed, which can help out with securing takedowns against squishies in the early game.

Alacrity won’t help carry you throughout the whole game, but it will make sure that you get a few extra hits whenever you need it. Alacrity is perfect for those of you who need some extra help.

Players can also choose to use Cheap Shot (true damage when enemies are movement impaired) or Taste of Blood (healing when damaging enemy champions) instead.

While Ravenous Hunter won’t do a great deal of healing, it’s never a bad idea to round out your damage. 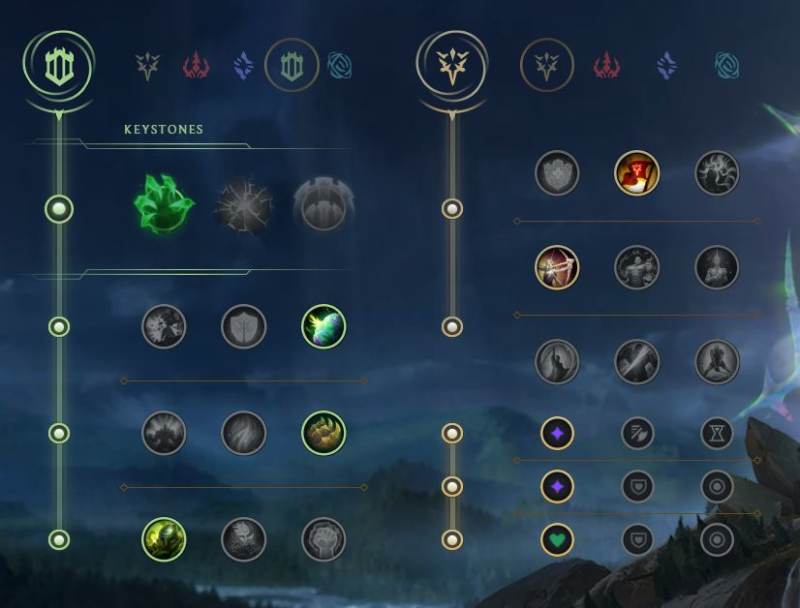 It’s becoming a lot more popular to choose tanky runes with Marskmen as Marksmen tend to be too squishy.

Resolve runes can help ensure that Marksmen have at least 3000 health by the end of the ARAM match, however, will not deal as much damage as runes suchwhee

Upon entering combat, players will generate one stack of Grasp of the Undying for the next 3 seconds. Players can then proceed to gain additional stacks by re-entering combat after 2 seconds.

Once players receive 4 stacks of Grasp of the Undying they will have 6 seconds to damage an enemy champion to consume stacks and deal 4% of the player’s maximum health in magic damage.

Players can refresh their empowered attack each time they reenter combat.

Every 45 seconds players will be able to generate 6 stacks against an enemy turret when they are within 600 units. It will take a minimum of 3 seconds for players to generate all 6 stacks, however, upon the player’s next basic attack the player will deal 100 (+35% max health) bonus physical damage.

If a player fails to successfully use Demolish it will not go on cooldown.

Demolish is great for champions like Singed because he really doesn’t do much damage. If Singed is left alone to attack an enemy turret, chances are he isn’t going to be able to do very much.

The only downside to taking Demolish is that it doesn’t do anything when you’re done defeating enemy turrets. Though, in my experience having Demolish leads to an early push that can potentially end the game before the other team has a chance to properly build.

If players do not want to take Demolish they can take Shield Bash.

Shield Bash will allow players to deal more damage whenever they are shielded by an allied champion. Shield Bash will also proc when players have an overhealing shield, making Bloodthirster and Bloodline a lot more appealing for Caitlyn players.

Alacrity won’t help carry you throughout the whole game, but it will make sure that you get a few extra hits whenever you need it. Alacrity is perfect for those of you who need some extra help.

It’s important to note that Piltover Peacemaker has a cast time and while the cast time is under 1-second, it still causes Caitlyn to stand still to take her shot.

Enemies that are revealed by Yordle Snap Trap (W) will always take full damage from Piltover Peacemaker, even if they are not the first enemy champions attacked by the ability.

Due to the high amount of damage Piltover Peacemaker deals it’s a good idea to upgrade it first.

Caitlyn can have a maximum of 3 / 3 / 4 / 4 / 5 traps in her reserve and the same number can be placed on the ground. If Caitlyn places extra traps, the oldest traps will be removed from the field.

Upon using 90 Caliber Net, Caitlyn players will recoil by 400 units. Caitlyn can use her recoil to move closer to enemies (by using it behind her) or can use it on enemies to slow them by 50% for 1-second.

Due to its short range and lack of upgrade stats, 90 Caliber Net should be maxed out last.

As mentioned earlier, while Ace in the Hole sounds like a great ability, it doesn’t see much success in ARAM.

Players must lock Ace in the Hole on a chosen enemy champion and Caitlyn will stand still as she channels the ability.

The good thing about Ace in the Hole is that it has a relatively short cooldown, sitting at 90 / 75 / 60 and if players have 100 mana they should use it whenever it is off cooldown. 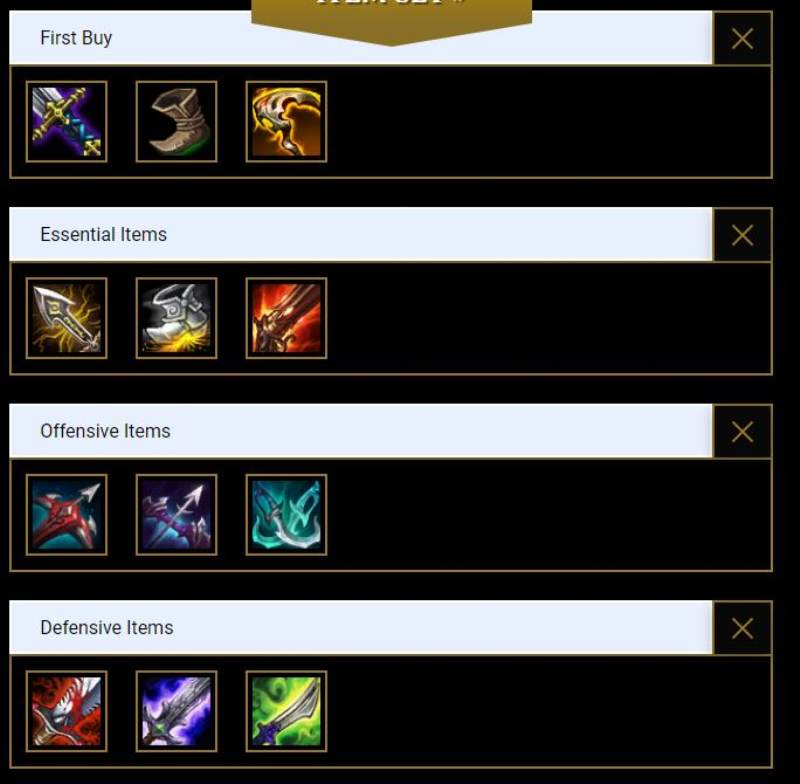 In the situation of Bloodthirster, I kind of think of “go big or go home” and quite frankly, I’d rather have a huge chunk of Life Steal all from one item than a bit of Life Steal and some other meh stats.

Lord Dominik’s Regards will help against enemies who have built a lot of armour, though players should be aware of if enemies are healing too fast.

If players notice that tanks are healing too much or other enemies, they may be interested in grabbing Mortal Reminder instead.

Mortal Reminder is awesome against tanks like Dr. Mundo, Nunu & Willump and Garen as they have some sexy sustain in their kits. 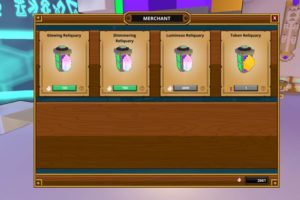 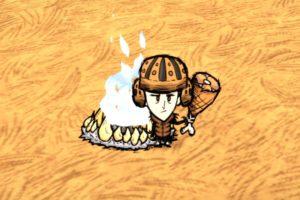 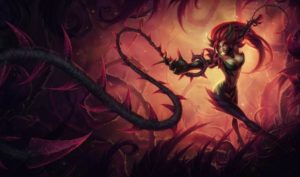