Exagryph, or more commonly referred to as the Adamant Rail is a Weapon that I thought I would love, but is actually a choice I don’t often make due to its difficulty to utilize properly.

While the Adamant Rail deals a good amount of damage, admittedly it’s hard to control as many of the Aspects it can run require players to manage their Ammo.

The Adamant Rail is definitely a more advanced weapon to use in Hades and I would strongly recommend you get used to the rest of the Weapons first or at least escape a few times before you choose to use it. Unfortunately, at least in my opinion, the Adamant Rail isn’t going to be your friend during the first escape.

Players who are in their early escapes will want to make sure that they are able to unlock ways to have more ammo or get rid of ammo altogether, because the learning curve for it’s “rotation” can be tricky to manage.

The Adamant Rail has four attacks at it’s base, being a Fire, Dash Attack, Reload and Bombard which are outlined on my Infernal Weapon’s Guide, though in this post I’m going to be focusing on more of the technical Aspects of the Adamant Rail, so players are aware of the hidden Aspects for each other the upgrades in order to make a good decision of which ones they upgrade and which one they will want to use or avoid depending on how much Titan’s Blood they have.

The following guide will take you through everything you need to know in particular to the Aspects of the Adamant Rail so you can make an educated decision of whether to upgrade certain Aspects or avoid them completely. 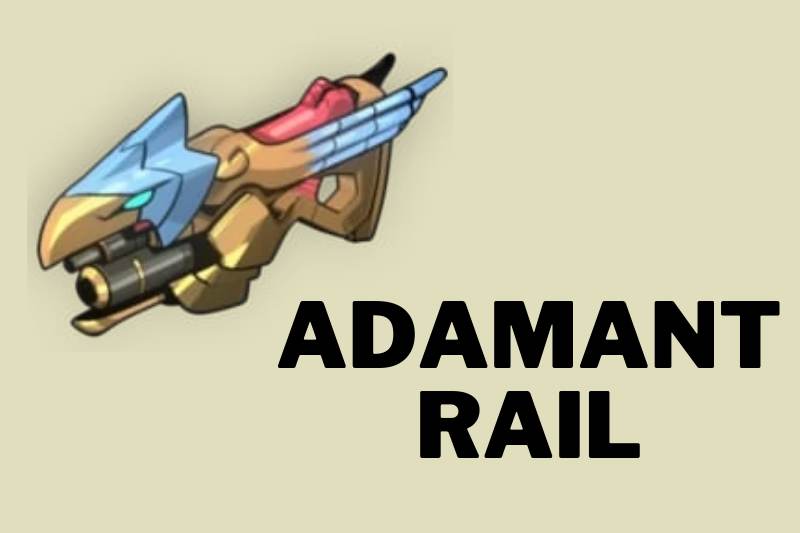 There are a total of 4 Aspects for the Adamant Rail being Zagreus, Eris, Hestia and Lucifer.

Essentially, players can be picky right from the get go and choose which Aspect they prefer and level that one up as if players want to unlock and upgrade all the Aspects of the Adamant Rail they will need to fork over 51 Titan Blood.

Each Aspect of the Adamant Rail will change the look of it and will add to the functionality of the Weapon. It should be noted that all the Aspects simply add to the base of the Twin Fists, other than the Lucifer which will completely change the way that the Twin Fists functions.

The Aspect of Zagreus is a pretty essential upgrade for players to purchase as long, especially if they are unable to farm Hammers that provide players with unlimited ammo.

Essentially with the Aspect of Zagreus players will have more Ammo, making them able to attack for longer before they have to switch into their Special.

Unfortunately, as one of the Hammer’s upgrades provides players with unlimited Ammo, the Aspect of Zagreus is not essential and quite frankly if players are able to manage without having their max ammo upgraded, it’s probably a better choice. 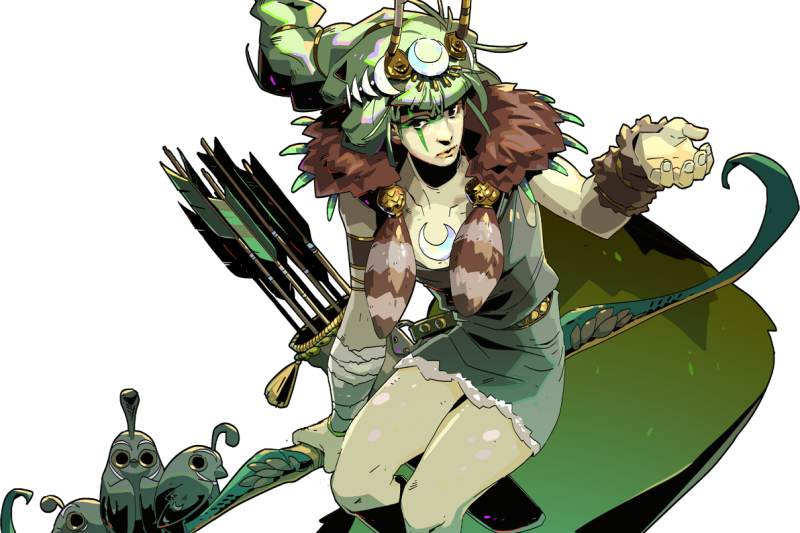 The Aspect of Eris is actually one of my favourite choices for the Adamant Rail as players will be able to empower themselves by standing in their Special’s blast and will be able to deal more damage using their Attack.

While the Bonus damage isn’t absolutely game breaking, it is a very good way to get your damage up and a good way to teach newer players how to rotate their Special into their roster.

When players stand in their Special they will be empowered with Bonus damage for 4 seconds and while this is true Zagreus will glow with flames. If Zagreus is not covered in flames, it’s time to launch your Special again and get to work.

I would strongly recommend always keeping your uptime on your Special’s bonus damage as any time it’s down it is true DPS loss.

The following is all the information you need to know about the upgrades for the Aspect of Eris: 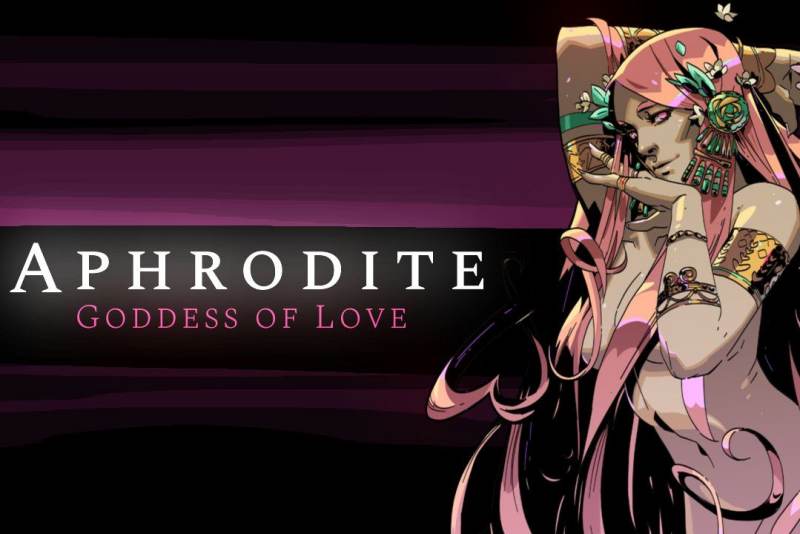 The Aspect of Hestia is for those of you who are comfortable with manually reloading their Adamant Rail.

Essentially whenever a player reloads manually they will receive an Empowered Shot that deals significantly more damage meaning that players will want to use this as often as possible as long as they have used some of their ammo already.

The reality is, players will want to find a fine balance of reloading, using their single Empowered Shot and using their Special.

It should be noted that players will have an increase in range on their Empowered base shot, having an extra 150% range in comparison to their normal attack. Use this to your advantage, especially if you have a Boon that deals AoE damage. Players may also want to start off every Chamber with a reload especially if they have a passive that will provide them with bonus damage whenever an enemy is hit for the first time.

As the Empowered Shot deals a significant amount more damage, you’re going to want to maximize your efforts in ensuring that you make the most of it.

The following is all the information you need to know about the upgrades for the Aspect of Hestia: 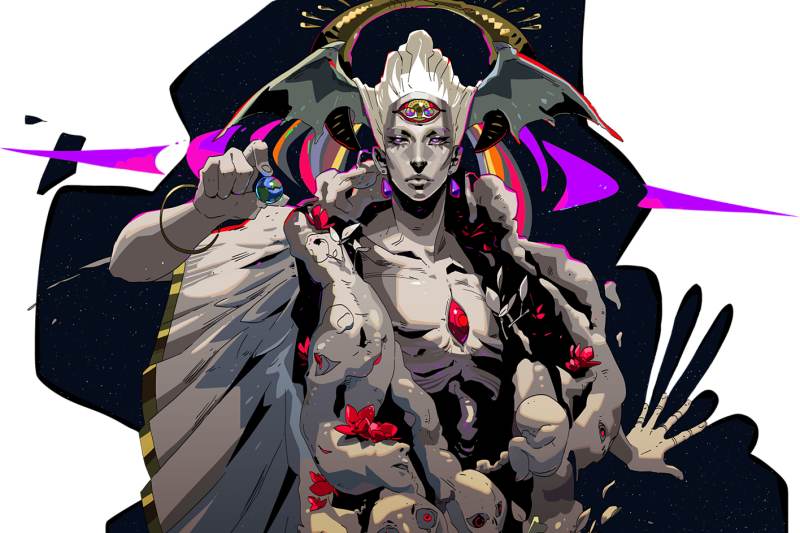 The Aspect of Lucifer is shockingly my least favourite upgrade players can get in the game.

Admittedly, while the Aspect of Lucifer can be very strong for players, it does completely flip the Adamant Rail on its head and feels like you are relearning the Weapon all over again.

Instead of having a standard gun with ammo, the Aspect of Lucifer provides players with a laser that still has “ammo.”

Admittedly with skill and practice the Aspect of Lucifer will deal the most damage, especially if players are able to keep their Laser on a single enemy.

HOW TO UNLOCK THE ASPECT OF LUCIFER

Players will not be able to use the Aspect of Lucifer at first and must follow these steps to do so:

First, reveal the Aspect of Guan Yu, though will not need to unlock it using Titan Blood.

Players must then invest 5 Titan’s Blood in their Adamant Rail Aspects, meaning that players may want to rush this with the Zagreus upgrade or a mixture of others. I would strongly recommend using others, because the Zagreus one is pretty crap, especially if you commonly get the no ammo buff on the Hammer.

Players must either receive the following message from Zeus:

WHAT IS THE APECT OF LUCIFER MOVESET?

As mentioned, players running with Lucifer Aspect will have a different set of skills and damage than all other Aspects. The following are the changes:

The Beam Attack acts fairly similar to using standard ammo, though it instead shoots a laser that will deal damage over time.

Players will have a substantial amount of range with the Aspect of Lucifer, coming in at 710 and will want to make sure that they keep a target in range as much as possible as the damage begins at 10 damage and will gain 0.75 damage per tick up to a maximum of 20 ticks.

If done correctly, a player can deal 370 damage total for their clip and will be able to continue this damage even when dashing, making it easier to obtain.

As the Beam Attack is still based on a clip size, players will need to reload after they’ve used 20 clips or will be able to hold their Right Stick/R in order to reload midway through to maximize their damage.

I would strongly recommend you Reload anytime you kill a mob, to ensure you are dealing the most damage you can to the next mob.

Hellfire is the biggest change that is made to the Adamant Rail.

Essentially with a player’s Special, players will be able to place a Bombard or small orb on the ground which will pulse out boon effects when dormant.

This small orb will deal 20 damage per second and will detonate when players fire at it or if an enemy attacks it, causing area damage to nearby enemies.

An explosion will deal 50-100 damage on average and players will be able to place a maximum of 3 orbs at a time.

If players place a 4th orb they will detonate the first orb deployed.

It is strongly recommended that players use these orbs to cover the majority of the map in order to deal the most damage.

Players should explode an orb when there are a good portion of mobs in that area to maximize their damage.

The Hellfire orbs can be difficult to get a hang of, but once players are actually able to do so, it will be a great benefit to them. 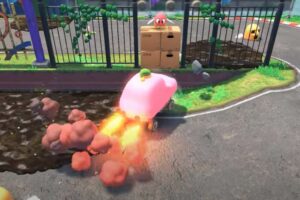 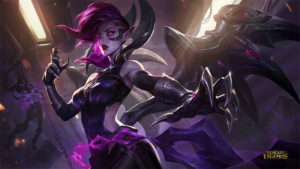 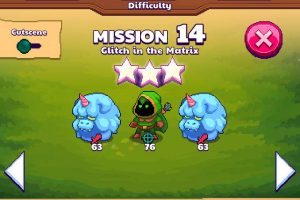