Something that was quite shocking to me about Kirby and the Forgotten Land is how much more difficult the game becomes. While the game is still very friendly for children and younger audiences, I will say that I had some trouble in the late stages of the game, especially with the bosses.

Quite frankly, Kirby and the the Forgotten Land is my favourite Kirby game at this point and I had an inkling that this would be the case after I finished the Demo live on Twitch.

Not only does Kirby and the Forgotten Land add a hoard of new abilities players can utilize as they progress, but it also adds a new Mouthful Mode which allows players to suck up large objects in order to utilize them as skills and my ultimate favourite change is the addition of Missions.

As someone who tends to 100% complete Kirby games, I was very grateful that the developers added the Missions as it made it a lot easier to find the hidden secrets of the game, versus having us walk aimlessly around the world trying to figure out what we were missing.

Now, typically in games, Missions are only associated to levels, but I loved the fact that Kirby and the Forgotten Land also added Missions to Bosses, forcing me to try out new Weapons or think outside of the box when trying to kite damage, making the game a lot more entertaining.

I do have to say, An Unexpected Beast King’s Missions were tough for me to get and I did not successfully get them in my first run. As many folks know, I truly struggle with avoiding all damage and tend to let myself slip taking one or two hits at minimum in a boss battle. Whether that’s a comment on my skill or the fact that I’m not always paying attention, I’ll leave that up to debate, but I’m happy to say that I’ve finally gotten my 100% Mission clear on this tough boss.

The following guide will take you through everything you need to know about unlocking the Missions in An Unexpected Beast King and will give you some tips on how you can do so as well. 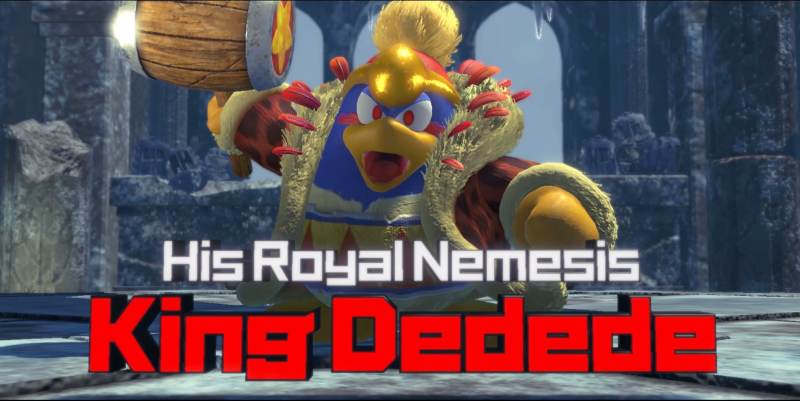 It would be quite shocking if this battle didn’t have a Clear Stage Mission, so I’m sure none of you are surprised that for completing the battle against King Deedede you will get 3 Waddle Dees.

Oddly enough, I was unable to acquire this Mission in my first go. Although I was unaware that players could actually swallow King Dedede’s Hammer, midway through my first playthrough I lost my ability so I attempted to get the Hammer ability (as I, like many others, do not like fighting with just stars.)

It was only in my second battle that I was able to successfully grab King Dedede’s hammer after he smashed the floor with it.

Players are going to need to stand fairly close to the Hammer in order to do this and will need to make sure that they hold down their suck button for long enough as if they release it too early they will reset the amount of time it takes for the Hammer to be taken from King Dedede.

This may take a player a few attempts and I wouldn’t be too upset at yourself if this is the case for you.

I’m going to be completely honest, I didn’t even know Guarding was a thing. I don’t know when this was told to players or if you were simply supposed to figure it out by yourself/through tool tips, but I didn’t until after I got the achievement.

Essentially if you’re like me and didn’t know, players can hold down LZ in order to guard when an enemy attacks to reduce the amount of damage you get hit with. Truthfully, I rarely use it and still tend to forget that it exists, so if you’re like me… chances are you’re going to get this Mission without trying.

The clear within 1:30 is one of the easier achievements to understand immediately, though I will say that this may take an upgraded ability in order to actually complete.

Similar to the the Clear within 1:30 seconds, while this Missions is very simple to understand, players will need a very good ability to acquire this, some Attack Ups or must be great at dodging.

HOW TO DEFEAT KING DEDEDE

King Dedede has a few abilities that players must dodge.

Upon spawning, players will have to kill two adds as they will begin attacking the player if left on the field for too long.

Shortly after King Dedede will begin attacking the player with his hammers, causing rumbles on the ground every so often that the player must hover to avoid.

Every few attacks, King Dedede will strike 3 times in a row also causing an AoE on the ground.

Try to stay away during this time, slowly etching closer with every AoE.

King Dedede will then rise in the air and players will have to avoid taking damage when he lands into the Shadow.

At this point Dedede will be winded and players can take a bunch of shots at him.

The final type of attack that takes place in Phase One is a charge attack that players must run to avoid. He will also become winded from this attack.

Phase Two is a bit trickier and will take place when King Dedede has lost his hammer. During this phase he will pick up a pillar and slam it into the ground. Once the pillar has hit the ground, the ground will crack in a V formation, requiring the player to hover away from it before it explodes.

Players can stay close to Dedede during this portion to take hits at him as long as they are safe. 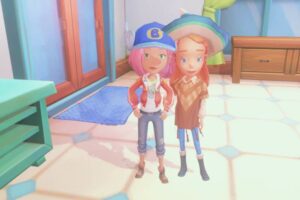 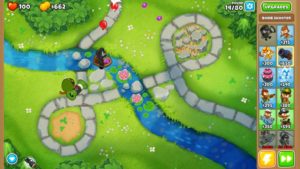 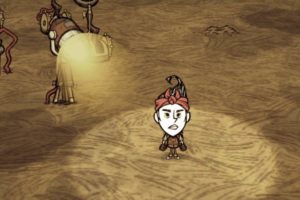