I’m clearly getting back into the thick of things when it comes to mobile games, currently playing a lot of Punball and Gold and Goblins. As long-term readers of Basically Average know, when I first started this blog I was only writing about Mobile games since they were the only games I could find time to play while working multiple jobs and not having many games on my handheld console.

As I started streaming on Twitch I started focussing a lot of my writing and spare time on games that I was streaming so I could be ready for the next day, but recently I got bit by the Mobile game bug and am constantly looking for games to try out and potentially cover on the site.

Although I have a history of Mobile games, I can’t say that I’ve ever played any Idle games before. I think the main reason this was the case is that I didn’t understand the enjoyment players could have with Idle games, especially as I’m a bit of a pew-pew killy-killy kind of gamer. Now, after playing a good amount of Gold and Goblins I get it.

Now, the thing that stresses me out the most about playing Gold and Goblins is trying to ensure that I always use my resources as wisely as possible, resources being Gems, Cards and Elixers.

While players are going to be provided with random amounts of each, the way that a player progresses through the game is going to be fairly similar as there are tactics that players can take that are going to be better than others in the long run.

Now, if you’ve played Gold and Goblins for any amount of time you know that you will be given a few different ways of making Coin to help provide you with the Coins you need to purchase more Goblins. Players will enter every new Stage with a Forge and then must mine through the level to locate other Mines.

Players will be happy to note that every Forge in the game will be automated upon arrival, unlike the other Mines which will need Cards and Elixers to upgrade to a state of automation.

The Forge is going to be the best way to fuel the purchase of Goblins upon entering a new Stage, however, the Forge (no matter what) will yield the least amount of Coin in the long run.

The Forge, being the only consistent Mine available to players, is a bit of an odd one to strategize around as all of the other Mines will require players to upgrade them slowly if they hope to have them automated. Similarly, players will not always have access to these Mines in every level they complete and while most will appear, there are some Stages that remove a few of them as they are shorter and are filled with more Rocks.

So, is the Forge worth always upgrading?

Truth be told, it’s going to depend on the player.

As the Forge yields the worst amount of Coins in the game, it’s typically not the best to have upgraded too far. There are some strategies that will require the Forge to be upgraded though.

If you’re a player that has to take things very slowly due to a lack of time to play Gold and Goblins, I strongly recommend upgrading the Forge whenever you can. The main reason? Whenever I don’t have a lot of time to play the game, I find myself Idling at the first few tiers of Rocks, meaning I could get a sweet amount of Coins simply for leaving the game AFK. This is fine for the first portion of the level, however, by the time you’re in the middle of a level the funds from the Forge are going to be much less useful.

The biggest trap when it comes to upgrading the Forge is the fact that it doesn’t have any rare upgrades, while the other Mines will allow players to upgrade them at multiple tiers, essentially multiplying on the multiplier and skyrocketing the funds.

My typical rule of thumb is: always make sure you have enough Elixers to upgrade at least one or two of the other Mines and then if you have enough for both then upgrade the Forge.

That being said, getting enough cards to upgrade Mines is going to take a while unless you’re paying for Chests to get cards, so it makes sense why players will anxiously want to upgrade whatever is available to them.

So, if you’re struggling to get enough Cards for the other Mines don’t sweat it too much and just upgrade your Forge.

Essentially to condense all of this:

Upgrade your Forge when you don’t have other Cards.

Focus on other Cards when you have rarer upgrade cards.

Always upgrade your Forge if you feel like you don’t have enough time to play the game since it will be the only consistent Mine that you can automate and will severely reduce the pressure to play the game more to get more Coins. If your Forge is high enough it can technically carry you throughout the whole stage, especially due to its speed to auto-collect. 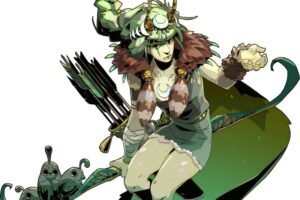 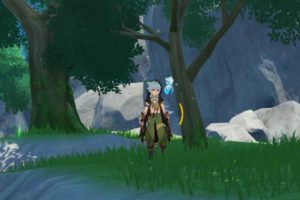 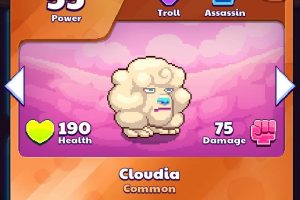