Upon getting a hold of the game My Time at Portia I was very aware that players would be able to select a member of the Portia community to marry and potentially reap a variety of benefits from. While marriage is usually my main focus when playing management or farming games, I have to say that within my first few minutes of meeting Arlo I was love smitten and wanted my character to marry him.

I already know, if Arlo is introduced to us in the new game My Time at Sandrock (which I hope to play on Twitch upon release), I’m probably going to marry him because I simply cannot stop talking about him for some reason. Am I abscessed? Maybe.

I have to admit, I was very confused when it came to marrying another character in My Time at Portia as the marriage and relationship mechanic felt a lot more confusing than other games. I actually spent a number of days being BFFs with Arlo and was afraid that I had been friend zoned by him before I realized that there were actually other steps I needed to take before “sealing the deal,” luckily because I was so high up in his favour he didn’t say no to me and actually allowed me to propose to him the day after we had gotten in a relationship.

While not every player is going to want to marry Arlo. I do strongly recommend that players try to become acquainted with at least one other character as not only will players gain a bit of a boost from being close to another character, but as soon as they marry another character they may be privy to a helper at their Workshop, some discounts at the local shops or more.

I’m going to be very upfront… My goal is to marry every single person in the Town of Portia, which isn’t usually an option for players, though I got a mod that makes it possible so I can see how overpowered this might actually be. Doing so will also help be build a top tier list of people to marry just in case you’re uncertain, though in this guide I’m going to cover how it is you successfully marry another person in My Time at Portia as well as some of the perks that are available to you when you marry another character. 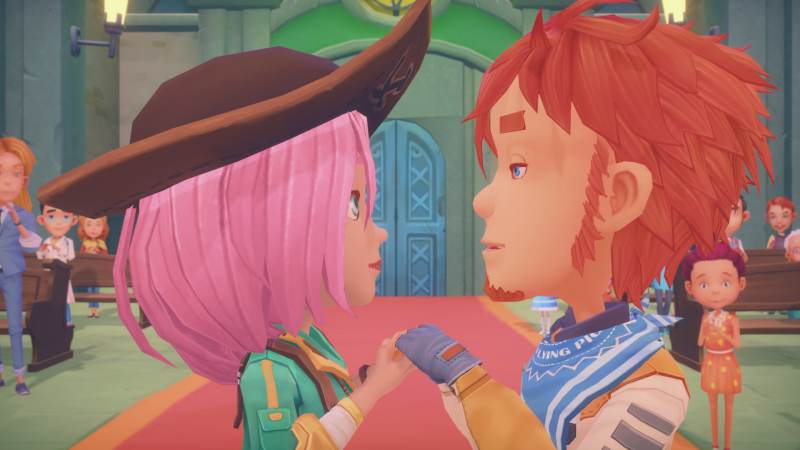 HOW DO YOU CHECK YOUR RELATIONSHIP WITH ANOTHER CHARACTER?

To begin, players will want to be aware of their relationships with other characters at all times. I typically check these every morning to see how close I am to getting to the next tier of friendship or a relationship with someone as every time you hit the next tier you actually boost all of the relationships of characters who are associated with that character.

I know that might not make the most sense in the way that I just described, but here is an example:

If you rank up with Arlo you’ll also going to gain relationship points for:

If you rank up with Gust you will also gain relationship points for:

In most cases, players will only be receiving boosts for between 2-4 characters when levelling up their relationship with their “related characters” though this can really help a player narrow down what Commissions they are choosing to take, especially if they are trying to make the most Gols as possible at the same time as advancing their candidates for marriage.

To see what your relationship is with another character players must head into the character menu that’s labeled “Social.” Here players will see all their relationships ordered in the closest to the most distant. Just because a player is closer to a character doesn’t mean that the character needs to be your significant other, though players may feel pressured to pursue a relationship with someone who tries to date them on their own. As NPCS have their own autonomy, they may try to date you or other members of the Portia Community, though the game is going to ensure that you get warned that a character is thinking about pursuing someone before they actually do so you don’t miss out on them. That being said, as the title of this post suggests, even if you choose to marry someone, you will still be able to break the relationship off with them in both a divorce or breaking up before marriage.

HOW TO BEGIN DATING A CHARACTER

Dating is similar to the Play function and can only be engaged with when players are at the Buddy status with an NPC, unless they have the Social Maniac Social Skill activated which will allow players to engage in play when they are at an Associate Level.

Although the Play function unlocks automatically, dating is only unlocked when players complete a successful confession to the NPC that they are interested in.

The following are the probability chances of an NPC accepting your Heart Knot:

As players never have a guaranteed chance to have their Heart Knot accepted, players may want to stock up on Heart Knots to ensure that they can try to seal the deal the next day. For me, I tend to wait for the Market Price to drop before I buy out the supply of Heart Knots, though admittedly due to the fact that I am planning on marrying every single NPC using the mod I’m definitely in a special boat. I would say, just to be safe you’re going to want 2 Heart Knots purchased from Alice on a great price day if you’re going to try to begin dating a BFF, though if you’re any lower on the list you may need 3-10 Heart Knots depending on how close you are to an NPC.

Upon successfully confessing to an NPC you will gain new interactions with the NPC including being able to Kiss, Cuddle and Date them. Each will provide players with a relationship boost that will help them get closer to marrying them, though this will also require an item I will cover shortly.

HOW TO STOP DATING A CHARACTER

Players will be able to decrease their relationships even further by hugging or kissing the other NPC, each removing 30 points of relationship with the NPC they’ve given the Heart Knot to.

Upon breaking an NPC’s heart, players will be able to provide that NPC with an Apology Bear as long as it is within the week that they have made that NPC jealous. This will revert the NPC to 3 Hearts (Buddy) though this will make it possible to date them again.

If players want to outright break up with an NPC they can simply provide them with a Withered Branch from Alice’s Flower Shop. This will sadly revert a character back to Stranger, Associate, Buddy or Friend depending on how much you got to know that character. This is the only simple way of breaking up with a character. 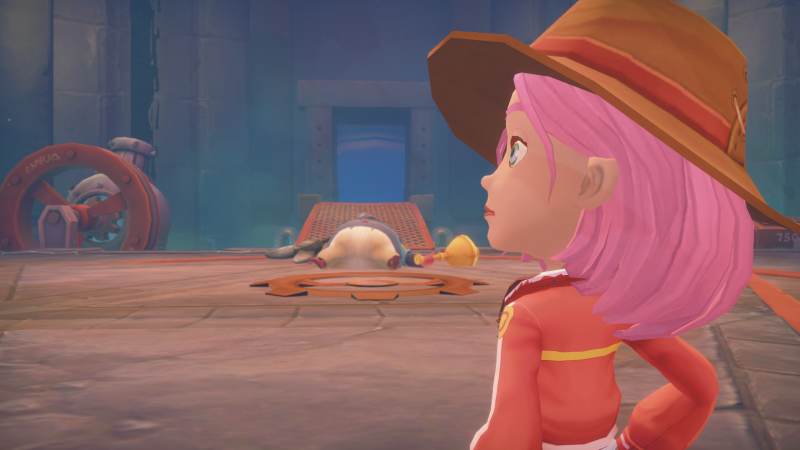 HOW TO MARRY A CHARACTER

In regards to marriage there will be a few steps a player must take.

First the player must have their house at level 2 or they will not be able to do this. Until then, players can date as many characters as they want as long as they are secretive, though in the base game with no mods players will only be able to marry a single character.

If players were dating other characters, all these characters will revert to a non-romantic tier of relationship upon marrying the person of their choice.

Players will only be able to initiate the marriage when they have reached the Lover Status, which is at 8-9 hearts and will need to give them a Wedding Ring. There are a few characters that may propose to you, so you don’t have to purchase the Wedding Ring and these are Albert, Gust, Mint, Nora, Oaks, Petra, Sonia and Xu. These will typically happen during romance missions, but may take place afterwards.

If players are confused where they can purchase the Wedding Ring from, they can typically purchase it from the Mysterious Merchant.

HOW TO DIVORCE A CHARACTER

If players are unhappy with the person they married they can initiate a divorce by providing the character with a broken Mirror. This will drop the relationship points of that character, though this doesn’t mean that they will not be able to remarry that character.

Most characters will go back to Zero Hearts (Stranger) though some may be more forgiving and will become a Buddy with you (2-3 Hearts).

Players will have to repeat everything they did previously to become better friends with the NPC in order to remarry them, including providing the Heart knot and Wedding Ring. Luckily for players, the chances are the same whether a player was married before or not, so expect similar results.

It should be noted, for players who want to learn everything about the game, some NPCs have different dialogue the second time that they are married, so you may want to do this, even if you’re already aware of who you want to marry.

So while a bit confusing, once a player begins to understand the process of marrying different NPCs in My Time at Portia it will be easy to change and customize who you would like to be in a relationship with. Luckily for players, especially those who want to continue playing the game beyond the main story, you will be able to constantly change who you are with, though this may take you some time.

I strongly suggest that players who are hoping to play the game well after the main story to either install a few mods or choose to divorce and remarry some NPCs as they have quite interesting interactions and can make the game a bit more juicy.

Though I’m curious, who are your favourite NPCs to marry in My Time at Portia? Do you have a top list? Let me know in the comments below! 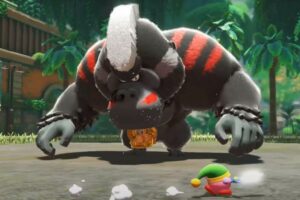 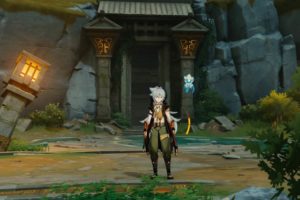 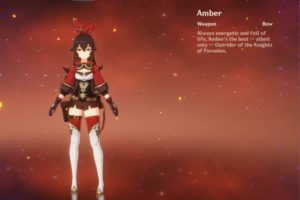