Stardew Valley has a variety of task that players can complete depending on their play style and their interests.

For example, one of my favourite things to do is to jump into the caves to mine and kill mobs, though after streaming Stardew Valley and playing with our community, I recognize that tasks like these aren’t as interesting to everyone.

One of the many tasks players can complete is to gain friendship with other citizens of Stardew Valley which will essentially unlock new dialogue lines, new cutscenes that are associated with friendship levels and can unlock the ability to receive gifts from the villagers.

As players can assume from this information, Gus is one of the villagers that they will want to develop a friendship with.

Gus is a villager who works in the Stardrop Saloon in Pelican Town as he is also the owner of the Saloon. 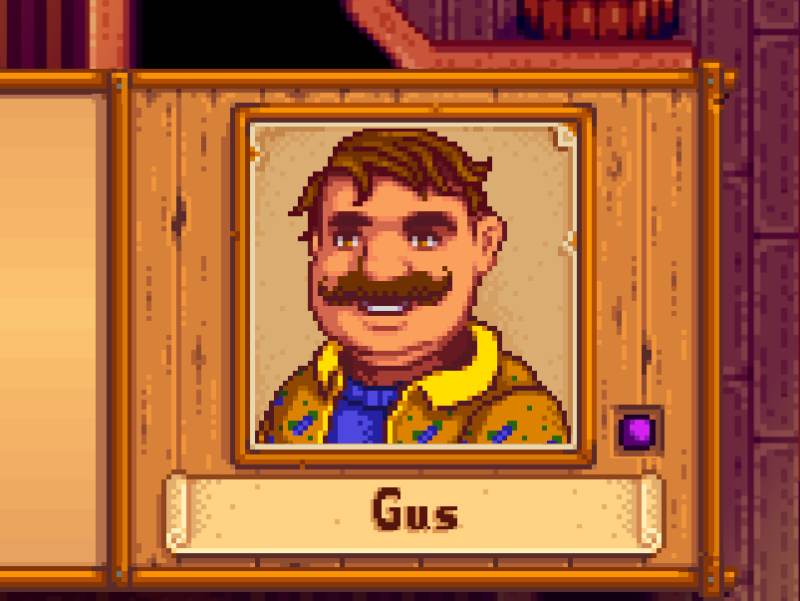 WHAT QUESTS DOES GUS GIVE?

As time goes on and players complete certain tasks Gus will provide the player with quests.

Quests will provide the player with a variety of resources that they will find useful, especially if they rush Gus’ quests for income.

As many other villagers do, Gus will regularly post on the Help Wanted Board outside of Pierre’s General Store for items.

Gus will provide players with 3x the base value of an item and players will also receive an extra 150 Friendship Points with Gus.

This is one of the fastest ways to increase friendship with a character, essentially encouraging a player to hold off on one of every item just in case it is requested by a character who is using the Help Wanted Board.

During Year 1 on the the 26th of Winter players will have their first request for an Albacore, which is a Fish that is only found in the Ocean during Fall and Winter.

For turning in an Albacore to Gus, he will provide you with 400 Gold and 1 Friendship Heart.

During Year 2 on the 6th of Fall players will receive a request from Gus to provide him with a Lobster.

If players are successful in providing Gus with a Lobster they will receive 500 Gold and 1 Friendship Heart.

Lobsters can be caught in the ocean during any season by using a Crab Pot.

During Year 2 players will receive a letter on the 19th of Winter requesting a Coconut.

Coconuts require players to travel to the Calico Desert to shake Palm Trees on the Ginger Island or can be bought at the Oasis on Mondays.

For turning in a Coconut, players will receive 600 Gold and receive 1 Friendship Heart.

WHERE DO YOU FIND GUS AND WHAT IS HIS SCHEDULE?

Gus is regularly moving around Stardew Valley, though players can often find Gus at the Saloon during the open hours.

It should be noted that if a player unlocks the beach resort on Ginger Island, Gus will sometimes head to that bar in order to tend it.

Players will also unlock a new variety of alcohol items and recipes from him.

In order for players to be aware of Gus’ placement, Gus will leave a message at his desk stating that he is tending the bar on Ginger Island, though players will still be able to purchase the regular items from Gus.

Gus can be located in his house sitting on the couch.

At noon, Gus will head to the Saloon and begin his task of cleaning glasses behind the bar. He stays here until about 4:30 PM.

At 4:30 PM, Gus remains in the Saloon but changes his job to tending the bar. At this time players will be able to order drinks and other food beverages from him.

At midnight, Gus will head back to his home to sleep.

Players will no longer be able to access Gus because he will be in his bedroom getting ready to sleep.

There are only a few alterations to Gus’ schedule and these include Fall Day 4, Rainy Days, Mondays, Tuesdays (once the Community Center is repaired), Sunday’s (when Alex’s 14-heart event is witnessed).

Gus begins his day at 8:00 and spends time sitting on his couch.

As Gus is sitting in his bedroom, players who do not have enough friendship with him will not be able to access him during this hour.

Gus leaves his house and heads to the Clinic next to Pierre’s General Store.

Gus is accessible to players and is standing in the waiting room looking at a poster.

At 1:30 Gus is called into the examination room on the left and will no longer be accessible to players.

At 4:00 PM, Gus will leave the clinic so he can tend the bar, ignoring the tasks that he would normally do in the morning.

At midnight, Gus leaves the bar and heads home to sleep.

At this point Gus is no longer able to interact with players.

At 8:00 AM, Gus is doing his typical thing and is sitting on the couch in his bedroom.

Players who do not have enough friendship with Gus will not be able to communicate with him while he is sitting in his room.

At noon, Gus will head to the Saloon and begin his task of cleaning glasses behind the bar. He stays here until about 4:30 PM.

At 4:30 PM, Gus remains in the Saloon but changes his job to tending the bar. At this time players will be able to order drinks and other food beverages from him.

At midnight, Gus will head back to his home to sleep.

Players will no longer be able to access Gus because he will be in his bedroom getting ready to sleep.

On Mondays Gus leaves his house early and heads to Pierre’s General Store around 8:30 AM and peruses items he can buy until 11 AM.

At 11:00 AM, Gus heads to the Saloon and begins tending the bar, ignoring the dirty dishes he has to do.

At midnight, Gus calls it a night and heads to sleep.

At 8:00 AM, Gus is doing his typical thing and is sitting on the couch in his bedroom.

Players who do not have enough friendship with Gus will not be able to communicate with him while he is sitting in his room.

At 8:30 AM, Gus calls it an early day and heads to the kitchen located in the community center.

Gus heads late to the Saloon at 12:30 PM and begins tending the bar.

Gus will head home at midnight as he normally does to sleep.

Gus will start his day normally by spending time sitting on his couch located in his bedroom.

Again, if players do not have enough friendship with Gus they will not be able to interact with Gus while he is in his room.

At 11:40 AM, Gus will head to the backroom of the Saloon, rendering him unavailable for the time being.

At 3:00 PM, Gus will make his way to the Saloon’s bar, making him available for players to make purchases.

At midnight, Gus will call it a night and head back to his home to sleep. 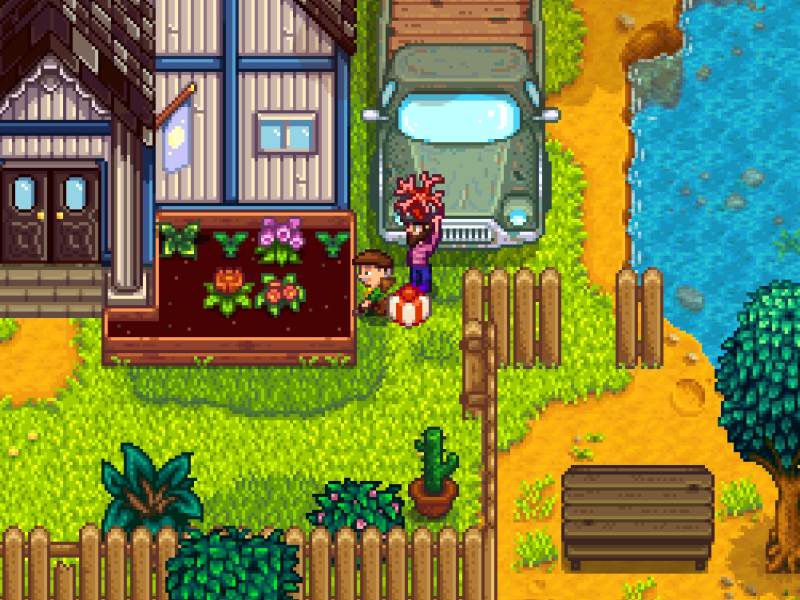 One of the most frustrating aspects to Stardew Valley for early players is the gifting options as players will be unaware as to what gifts characters prefer.

Players are able to give Gus two gifts per week and an extra one on his birthday in order to speed up the rate in which your friendship grows.

The following are the gifts that Gus hates, dislikes, is neutral to, likes and loves.

Quartz – Found foraging in the Mines

Gus has all the universal Hates.

Gus us neutral to the universal neutrals of all character.

Gus is neutral to all Eggs (except the void Egg, which should never be gifted.)

Gus is neutral to all Milk.

Gus also shares the Universal Likes as other characters, though does not like Coleslaw.

Gus also shares the Universal Loves as other characters

WHEN IS GUS’ BIRTHDAY

Gus’ Birthday is on Summer 8 and any gifts given to him on this day will provide players with 8x the rewards. 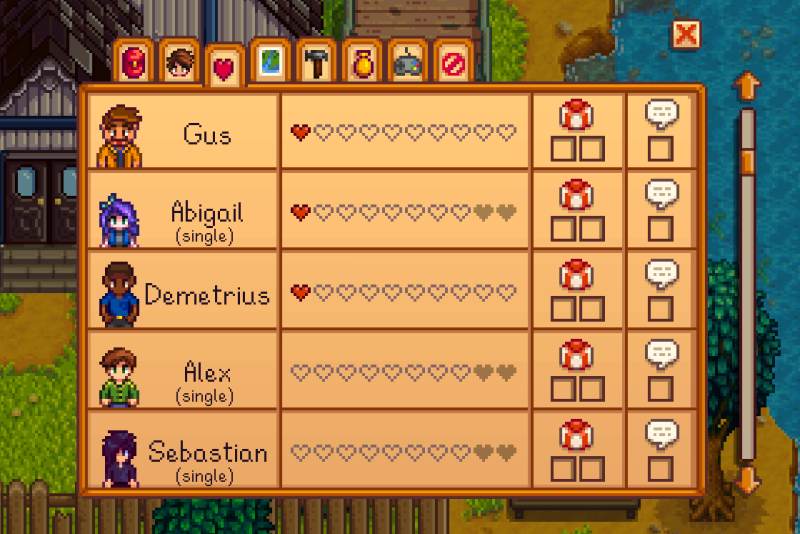 Players will want to ensure that they spend time with Gus and get their hearts up with him as they will receive rewards for each tier that they complete.

Players can do this by speaking to Gus or gifting him with presents, though which way a player chooses to focus will depend on what resources they have and how the player enjoys playing Stardew Valley.

The following are the Heart Events players will have access to when befriending Gus and the rewards they will receive for completing them.

Even when players have not befriended Gus they will be able to receive gifts from him every so often.

Gifts players may receive include:

When players reach 3 hearts with Gus he will send the recipe for Salmon Dinner in the mail.

Salmon Dinner requires Salmon, Amaranth and Kale to craft and will provide players with the following stats:

When seasoned with Qi Seasoning, Salmon Dinner provides players with the following stats:

When players receive Four Hearts with Gus they will experience the following interaction with Gus:

Gus will sit at one of the tables looking depressed and when he is asked what is wrong he will tell you that he is currently struggling with the bar’s finances.

Players will then be thrown into a conflict as the real issue is Pam not paying off her tab.

As Gus does not feel confident enough to confront Pam, players will have to approach her, but can only do so if they are already have 2 hearts of friendship with her.

The option a player can make include the following:

No matter what option players choose Pam will be a bit upset and will pay her tab off. Gus will then give her whichever drink she asks for.

The player’s relationship with Pam will not be affected no matter what choice a player makes.

When players receive Five Hearts with Gus they will experience the following interaction with Gus:

Players will need to head to the farmhouse on a non-rainy day between 6:00 AM and 12:30 AM for Gus to appear with a pot of sauce.

Gus will draw an analogy about cooking and the player’s appearance in the Stardew Valley, saying that adding a new ingredient to a sauce recipe may either ruin the sauce or create something new and delicious.

Gus will mention that he has found an old Mini-Jukebox while cleaning the Saloon and will provide the player with the ability to craft more.

When a player has reached seven hearts with Gus he will mail you the recipe for Cranberry Sauce in the mail.

Cranberry Sauce requires Cranberries and Sugar to craft and will provide players with the following stats:

When seasoned with Qi Seasoning, Cranberry Sauce provides players with the following stats: 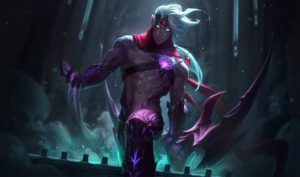 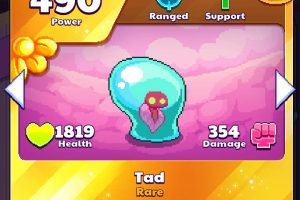 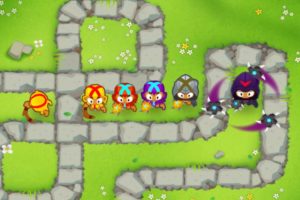