The reality is that a player will not be able to manage huge hoards of enemies when they are only using an Auto Ballista, but an Auto Ballista will be able to provide players with a good amount of combos and will really help players when they are up against flying enemies. Yes, that was a spoiler, in Orcs Must Die 3 there are flying enemies in the late game, how awful!

The Auto Ballista is not a trap that you’re going to want to spam, but place sparingly in kill boxes or on paths that have flying enemies.

The only exception is when players have a good amount of Coins and have lots of 1×1 squares in an area that they need to fill in.

Players will have to complete the Dragon Boneyard before they receive access to the Auto Ballista as it cannot be purchased using Skulls in advance. 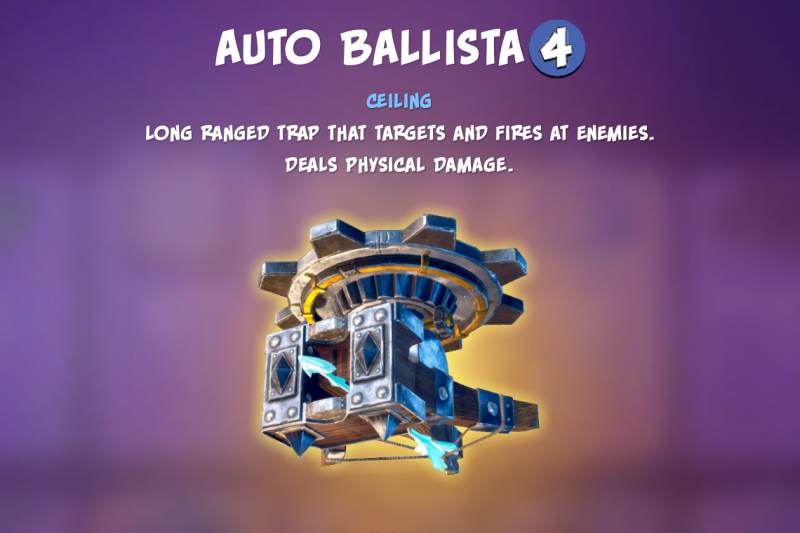 The Auto Ballista is a 1×1 trap that can be placed into crevices, though players may want to place it into the center of a room so that they have access to its full range.

The reality is that the Auto Ballista has one of the largest ranges in the game, coming in at 13x13x13 when left without upgrades, though players can upgrade it in order to get a much larger range.

Players can place the Auto Ballista for 750 Coins and while powerful, dealing 75 damage, players will only be able to damage a single enemy at a time using it.

Auto Ballistas shoot fairly slowly, which is why players will not want to use them as their main source of damage and when left with no upgrades they will shoot once every 10 seconds.

Without upgrades, Projectiles will deal physical damage, however players can upgrade the Auto Ballista to deal other forms of damage if needed.

The Auto Ballista has two forms of upgrades, similar to other standard traps. These upgrade paths are Level Upgrades, which are accessible immediately and Unique Upgrades which require players to deal 5,000 damage using the Auto Ballista in order to unlock.

I would strongly recommend holding off on any upgrades on this trap as it’s going to be a very situational kind of trap, versus a trap that you use regularly.

If you have lots of Skulls, there’s no worry keeping this trap upgraded, otherwise use it and then refund all the Skulls to ensure that you have enough to upgrade another trap.

As mentioned, Level upgrades do not require anything to unlock other than Skulls. In terms of the Auto Ballista, players will simply be reducing its cooldown so that it can fire more regularly.

The first upgrade requires 4 Skulls and will bring the cooldown down to 9.5 seconds.

The second upgrade requires 8 Skulls and will bring the cooldown down to 8.5 seconds.

The third upgrade requires 10 Skulls and will bring the cooldown down to 7.5 seconds.

As mentioned, the Unique Upgrades will require players to deal 5,000 damage using the Auto Ballista.

Players will not need to deal all 5,000 damage on a single map, though this should be fairly manageable as the Auto Ballista deals a great deal of damage and players can use a few at the front of a map if they are not at risk of having mobs leak.

The following are the two upgrade paths players will have access to:

Players will always want to use this upgrade if players are wielding an Arcane damage weapon or if they have a variety of Arcane Traps.

The Arcane damage upgrade requires 6 Skulls to use.

Essentially, I use the Auto Ballista to shred off the final few mobs on a map and thus the increased range becomes very useful.

It will cost players 6 Skulls in order to upgrade the range of their Auto Ballista.

IS THE AUTO BALLISTA GOOD?

The sad truth is that the Auto Ballista isn’t as good as it was in previous versions of Orcs Must Die.

The reality is that the Auto Ballista misses a number of attacks that it shoots out, but can essentially help manage some heavy hitting Mobs like the Armoured Ogre, being useful especially when players have the Arcane Debuff.

Auto Ballista should be used closer to the end of the track to finish killing off enemies that are lower on health or that other traps have missed.

That all being said, the best use for Auto Ballistas is killing off speedy Kobolds that have evaded other traps, especially because these enemies tend to be trickier to attack than other enemies.

At the end of the day, the Auto Ballista isn’t a trap that I use on every map and while excited that I have it, I mostly use it for three uses: debuffing enemies and stacking the Arcane element, killing flying enemies rapidly, and getting rid of single enemies that leak and are making their way rapidly to the Rift.

In my opinion, I would use the Auto Ballista only on levels that you absolutely know flying enemies will be appearing, otherwise do yourself a favour and avoid them.7 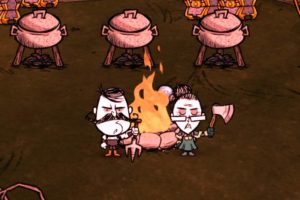