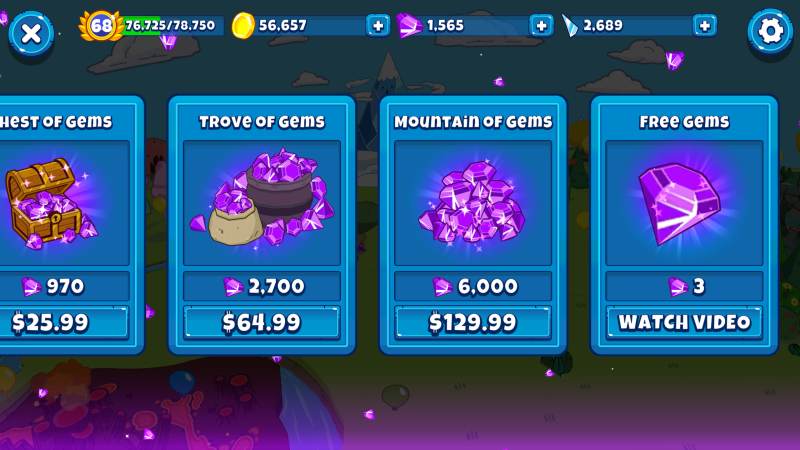 When playing any video game it’s a good idea to optimize your in-game currency to make sure that you are getting the best rewards every time.

It’s completely useless to use the gems to reroll any weapons that are not Epic, and the same goes for purchasing an extra item in an orb.

My advice: keep all of your shards and all of your gems until you can get some really good stuff in the daily shop or in an epic orb.

If you’re playing BATTD through Steam, I highly recommend downloading the game on a mobile device anyways. There are some pretty great perks to having the game on mobile that you do not get on a desktop.

More about that as we get to each section.

HOW TO GET GEMS ON BATTD

There’s nothing worse than a video game where a currency that improves quality of life is paywalled.

The following are the best ways to farm gems at a steady pace in order of best to worst.

You can get a maximum of 24 gems per hour by watching adverts which can be found by clicking the purple gem at the top of your screen.

This will open the shop where you can purchase gems, but if you scroll all the way to the far right there’s an option to get 3 gems for watching a video.

You can easily sneak some ad breaks during your shifts at work, while you’re watching Netflix, while you’re on a really terrible date…

The maximum gems you can get in a day is 576, though if you were going to do this for a few hours a day, expect about 72 a day.

Daily quests are a great way of getting a steady amount of loot.

You can have up to 5 daily quests as they unlock based on your user level.

Loot varies and is dependant on what level the daily quest was. Daily quests have tiers similar to the tiers for the maps ranging from bronze to diamond.

I recommend you reroll any quests that are silver or below. Aim to get gold or higher, as these tiers drop a much better quantity of loot.

Both this trinket and wand have the chance of dropping chests that contain gems.

At first, I had no idea that this was the case and questioned why my amount of gems seemed to be jumping up sporadically.

That being said, I don’t actually know the rate at which gems drop and neither do any of the wikis. It’s just known that rarely coins, gems, and shards drop from chests that are created from these items.

WHAT GEMS CAN BE USED FOR

As a desktop player, I couldn’t tell you how bothersome it is that everything costs gems to get.

I know the majority of players are mobile gamers, so some of these tips won’t have anything to do with your gameplay.

purchasing a second piece of loot

This transaction will cost 150 gems, but will definitely make sure that you are progressing at a quicker pace.

If you are playing on a mobile device, I highly suggest rerolling your loot if there isn’t a piece you’re super happy to get. In the worst-case scenario you’re going to end up with loot you’re going to shard anyways.

Sharding epic loot isn’t the worst thing in the world and quite frankly has landed me some great epic loot, including the sought after Thought Cannon Wand. 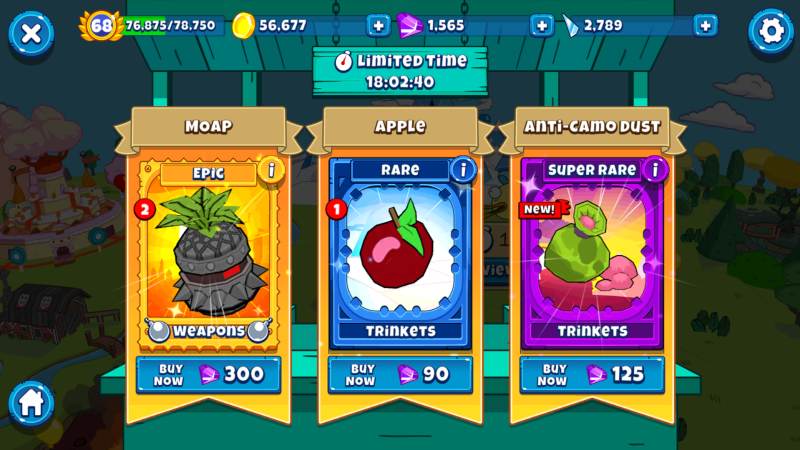 Truthfully, I would rarely use the daily deals, but it is there if you are extremely unlucky with wish orbs.

Daily deals cost 300 gems for epic loot, making it double the cost of what it would be if you found it in an epic wish orb.

The only loot I would buy from the daily deals would be the Thought Cannon Wand, Cobra, Technological Terror, or Lemonhope (who costs 150 gems).

I’ve spent gems on some darts in my daily deals because I was getting unlucky with getting a good set for Commander Cassie.

Once a day you have the option of doubling your rewards. This boost is best when completing an impoppable tier map as it will lead to you getting 8 character upgrades and double all the other items that come in your roll.

So it seems like gems aren’t that difficult to grind, especially if you know what you’re doing.

The easiest way to get gems is by watching adverts every hour, granting 3 gems per each 15-30 second advert. Quite frankly, I just leave them open and close them at my own pace.

As long as you keep your phone on silent, this should be manageable anywhere that you are as long as you are connected to wifi or data.

Otherwise, it’s just extremely important that you complete as much high-level content that you can. Try not to slack and do impoppable content if you can.

Make sure you are rerolling your daily quests if they are silver or below. This will also help raise the chances of you getting better items and more gems.

So, I’m curious, how many gems do you have? How do you grind them? What do you use them on? Let me know in the comments below! 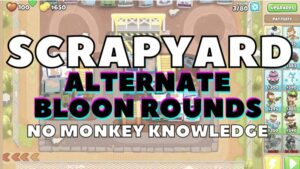 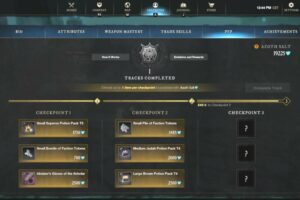 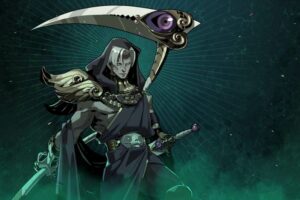